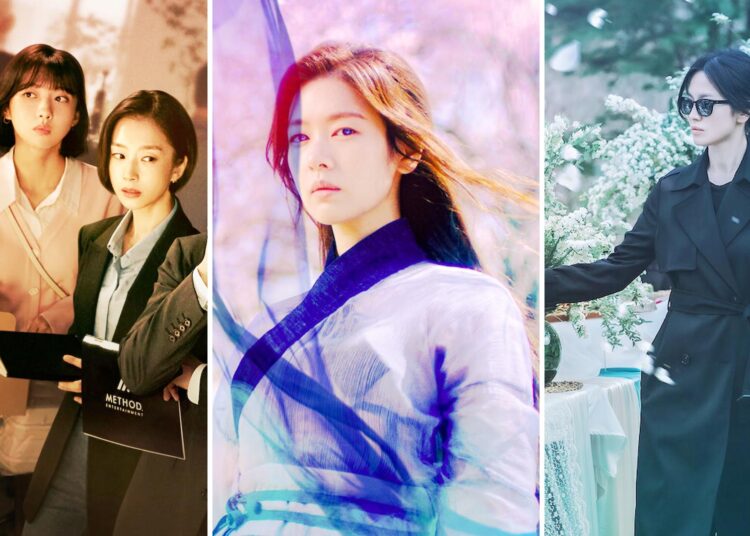 You might be making your list to watch some shows of your own, but here we’re with the Top 10 K-Dramas you must watch in December 2022.

South Korean television industry has spread throughout the world and Netflix, being the leading streaming service of the present day never misses out on a single opportunity to stream the most desirable K-drama.

Throughout this year a number of famous K-drama has been streamed on Netflix. Following is the list of 10 such popular South Korean tv series.

Park Joon-hwa has directed the South Korean tv series ‘Alchemy of Souls‘. The story of the series is written by screenwriters Hong Jung-eun and Hong Mi-ran, known as the Hong sisters.

The plot is set in a fictional country named Daeho and revolves around the lives of young mages who have to deal with heaven and earth.

It is an upcoming K-drama directed by Ahn Gil-ho. The plot will revolve around a homeroom teacher who had been a victim of a bully in school and later decides to take revenge upon the bully’s child in elementary school.

The series uses an ensemble cast and will arrive in December 2022 on Netflix.

Under the Queen’s Umbrella-

Available in selected regions on Netflix, this South Korean tv series premiered on October 15, 2022, on tvN.

The plot is set in Korea’s last dynastic kingdom- Joseon and centers upon a troublemaker princess and queen consort who is trying to be educated into a proper princess to get rid of all the nuisances she causes.

This K-drama is based on a French television series named ‘Call My Agent!’. The plot revolves around celebrity managers of Method Entertainment, an entertainment management company.

Their work is professional, but life is very amateur. Lee Seo-jin, Kwak Sun-young, Seo Hyun-woo, and Joo Hyun-young are the primary cast members of the series. The series premiered on November 7, 2022, on tvN and is also available on Netflix.

This K-drama is loosely based on Louisa May Alcott’s same-named novel of 1868. The plot is set in the modern day and falls under the mystery family drama genre. It centers on three poor sisters whose lives are very close-knit.

They get involved in a huge case of missing 70 billion money and become compelled to face the richest family in Korea. The series ran from September 3 to October 9 of 2022.

This is also an upcoming K-drama and is directed by Cho Ui-seok. The plot is adapted from the webtoon of Lee Yoon-gyun- ‘Delivery Knight’.

It is set in a dystopian future where air pollution has become very fatal and delivery drivers have major roles in society. The series is set to release in December 2022 on Netflix.

Another upcoming K-drama ‘Celebrity’ is directed by Kim Cheol-kyu. The plot centers upon SNS stars and their lives including their status as so-called celebrities and people envying them.

Park Gyu-young, Kang Min-hyuk, Lee Chung-ah, Lee Dong-gun, and Jun Hyo-seong are the primary cast members of the series. The series is set to release in December 2022 on Netflix.

Lee Byeong-heon has directed another upcoming K-drama which is adapted from the same named Naver webtoon.

The plot revolves around a strange incident in which a girl turns into a chicken nugget by entering a mysterious machine as her father with the help of a man having a crush on her, struggle to get her back.

South Korean actress Kim Yoo-jung will be seen playing the role of the girl named Choi Min-ah in the series with Ryu Seung-ryong and Ahn Jae-hong playing the father and the intern having a crush on her respectively.

This is also an upcoming K-drama which is adapted from the webcomic ‘Morning Comes to the Mental Ward’.

Lee Nam Gyu and Kim Da Hee created the series and it is directed by Lee Jae Gyoo who is the same director who directed the Netflix horror tv series ‘All of Us Are Dead‘.

The upcoming K-drama ‘Goodbye Earth’ is directed by South Korean television director Kim Jin-min. The series falls under the science fiction and dystopian genre and is based on Japanese mystery fiction author Kōtarō Isaka’s ‘The Fool At the End of the World.

The plot is set in a world that is drenched in chaos and is ahead of a predicted apocalypse. Two hundred days are due before Earth and the asteroid will collide.

Cast members of the series include Yoo Ah-in, Ahn Eun-jin, Jeon Sung-woo, Kim Yoon-hye etc. On January 13 of 2022, the cast members were confirmed by the production. The filming began in May of 2022.