How Many Siblings Does Brad Pitt Have? What Do They Do?

Although Brad Pitt's acting career has had its ups and downs, he has consistently shown the world that he is a capable actor and is now in high demand. 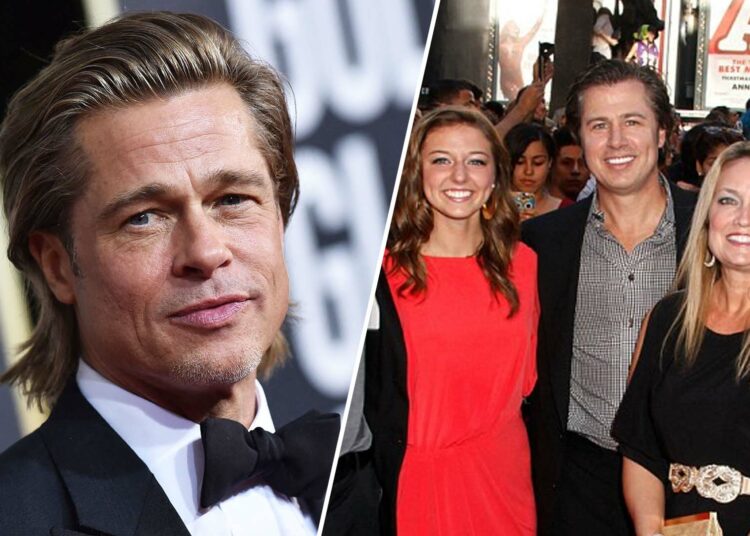 How many siblings does Brad Pitt have? What do they do? Well, before discussing Brad Pitt’s siblings, let us know in a nutshell about Brad Pitt. Well, Brad Pitt is a well-known American actor who debuted in Hollywood films with minor roles. The actor, who has shown an interest in acting at a very young age, left college to pursue a career in the television industry.

Although Brad Pitt’s acting career has had its ups and downs, he has consistently shown the world that he is a capable actor and is now in high demand. Films such as “Fight Club,” “Ocean’s Eleven,” and its sequels, “Troy,” “Mr. & Mrs. Smith,” “The Departed,” “Babel,” and “World War Z” have been among his most commercially successful works.

This well-known actor also has his own production company, named “Plan B Entertainment,” which has brought out several excellent films.

In addition to acting, he has provided the voices of various animated characters, including “Metro Man” and “Sindbad.” This actor has wowed the world with his acting prowess as well as the social issues he advocates and generously supports.

How Many Siblings Does Brad Pitt Have? What Do They Do?

Brad Pitt has two siblings – one brother and one sister. His sister’s name is Julie Neal Pitt, while his brother’s name is Doug Pitt. Doug Pitt is a great person who possesses a large heart. Doug Pitt is a well-known entrepreneur, investor, and philanthropist in the United States.

Since April 2010, he has served as the “Goodwill Ambassador for the United Republic of Tanzania,” according to his official title.

Julie Pitt Neal, on the other hand, has drawn attention as a philanthropist known for being a Water ambassador in Ethiopia for “World Serve International,” a non-profit organization, a director at “I Pour Life,” and a preschool teacher, but she may not be as well-known as her older brother, actor Brad Pitt.

While Brad and Angelina Jolie have seen the world, Julie and Doug live a much more sedate life in Springfield, at least for the majority of the time.

Doug Pitt, the brother of Brad Pitt, established Care to Learn in 2008 to assist Missouri’s underprivileged children. Doug has also worked in other remote locations throughout the world with Convoy of Hope and World Serve.

William Bradley Pitt was born on December 18, 1963, in Shawnee, Oklahoma, to Jane Etta, a school counselor, and William Alvin, the owner of a trucking company. After some time had passed, he moved his family to Springfield, Missouri. His new hometown is now home to his two younger siblings, Doug and Julie Neal.

To finish his secondary education, the young man went to “Kickapoo High School.” During his time at the school, he participated in extracurricular activities such as swimming, acting, golfing, tennis, and debating.

In 1982, he decided to pursue a degree in journalism with an emphasis on advertising at the “University of Missouri,” but he dropped out of school only two weeks before he was set to receive his degree.

Also Read: How Many Siblings Does John Travolta Have? What Do They Do?

This remarkable actor is known for his strong performances in most of his movies, but “World War Z” is the movie that really packs a punch thanks to its splendid acting, exciting moments, and solid storyline. The movie was a huge blockbuster when it was released in 2013, earning 539 million dollars at the box office, surpassing his other films like “Ocean’s Eleven” and “Mr. & Mrs. Smith.”

This well-known American actor is a perfectionist for accuracy, so before filming his role in the movie “Fight Club,” he went to the dentist to get his front teeth shattered so that he could more fully immerse himself in the role. After the movie’s filming was finished, he had to get his teeth corrected.

This talented actor is also well renowned for his charitable work, particularly for causes like AIDS, poverty, and stem-cell research. Along with stars like Matt Damon, George Clooney, and Don Cheadle, he is one of the founding members of the organization “Not On Our Watch.”