Park Chan-wook is a well-known name in the film industry in South Korea, having worked in the positions of director, producer, screenwriter, and film critic in the past. 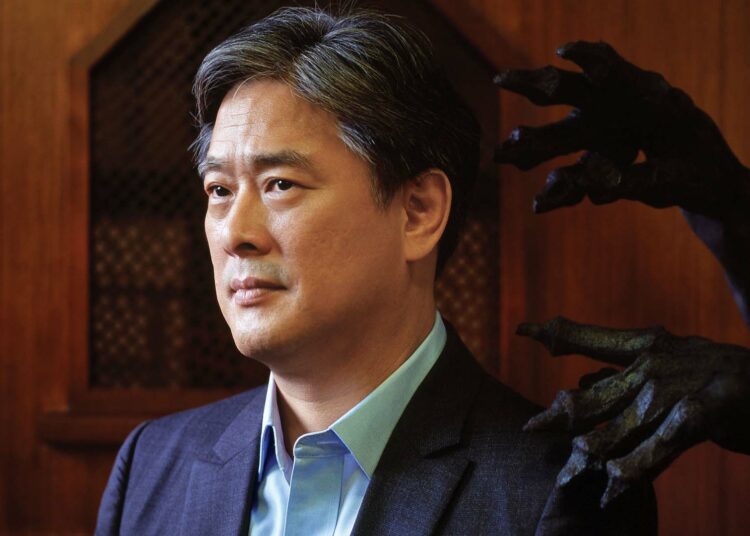 The Decision to Leave, a romantic thriller film by Park Chan-wook, has recently been nominated for a 2023 Golden Globe. The decision to Leave received a nomination for Best Picture: Non-English Language at the 80th Annual Golden Globe Awards on December 12 from the Hollywood Foreign Press Association.

The ceremony for the Golden Globe Awards was held on January 10, 2023. The decision to Leave competed against various foreign language movies from throughout the world, such as All Quiet on the Western Front (Germany), 1985 (Argentina), Close (Belgium/France/Netherlands), and RRR (India).

Despite losing at the Golden Globes, “Decision to Leave” took up the award for outstanding foreign language film on Wednesday at the Austin Film Critics Association Awards. To know more facts about this, read this article till the very end.

Who Is Park Chan-wook?

Park Chan-wook is a well-known name in the film industry in South Korea, having worked in the positions of director, producer, screenwriter, and film critic in the past. In the Korean film industry, he is regarded as one of the greatest directors. Many notable directors, like Quentin Tarantino, have appreciated his work.

Films such as “Joint Security Area,” “Thirst,” “Oldboy,” and “Lady Vengeance,” among others, are examples of Park’s contributions to the world of cinema, which are noted for their mesmerizing imagery. His films typically deal with heavy topics, and as a result, they frequently contain violent scenes.

Although it is not surprising that journalists and critics have taken aim at him for producing violent movies that glorify retribution, Park believes that as an artist, he has unlimited flexibility when it comes to portraying the core of emotion. Park is one of Korea’s most acclaimed directors despite producing films with an overwhelming amount of violence.

At the 80th Golden Globe Awards on Wednesday, the romance-thriller “Decision to Leave,” directed by the critically acclaimed South Korean director Park Chan-wook, was unsuccessful in winning the best non-English language film award.

The award was given to Santiago Mitre’s 1985 historical drama film “Argentina,” which was produced, written, and directed in Argentina. In the wake of controversies surrounding unethical behavior and a lack of diversity among the Hollywood Foreign Press Association, the award was renamed from its previous title of “best film in a foreign language,” and this movie became the inaugural recipient of the award (HFPA).

Golden Globe Awards voting is done by the HFPA, an association of 87 members.

The event, which has been off the air for a year, was held Tuesday night at its traditional location, the Beverly Hilton Hotel in California.

In addition to Park’s “Decision to Leave,” the films “All Quiet on the Western Front” from Germany, “Close” from Belgium, France, and the Netherlands, and “RRR” from India were also considered for the award within this category. The South Korean movie received its second nomination in the non-English language film category.

The film “Parasite,” directed by Bong Joon-ho, received an award in the category in 2020, along with prizes for best director and best screenplay. Despite losing at the Golden Globes, “Decision to Leave” took up the prize for an outstanding foreign film on Wednesday at the Austin Film Critics Association Awards.

Also Read: How Many Siblings Does Samuel L. Jackson Have? What Do They Do?

About The Film Decision To Leave

Park Chan-wook is the producer, co-writer, and director of the 2022 South Korean romantic mystery movie titled Decision to Leave. The film Decision to Leave tells the story of an insomniac detective named Jang Hae-jun. He investigates the death of a retired immigration worker and becomes suspicious of the deceased man’s wife, Song Seo-rae.

As the investigation into the crime continues, and the plot develops, Hae-jun begins to develop an unhealthy obsession with Seo-rae, and the two of them begin having an affair. The cinematography of Kim Ji-young is commended for conveying a suspenseful atmosphere via the foggy South Korean weather.

The movie has won a lot of praise for its thought-provoking plot and strong performances. Many critics have praised the movie for portraying young people’s struggles in today’s globalized world in a realistic manner.

Also Read: How Many Siblings Does Dwayne Johnson Have? What Do They Do?

Park Chan-wook was born on August 23, 1963, in the city of Seoul, which is located in South Korea. After graduating from high school, Park went on to continue his education at Sogang University, majoring in Philosophy. Park founded the “Sogang Film Community” organization while he was a philosophy student and began writing numerous film reviews on modern cinema.

In 1992, he released his first film under his own direction, titled “The Moon Is… the Sun’s Dream.” He continued to write and had pieces of his published in journals and magazines for the film industry.

Although Park Chan-wook is married, nothing is known about his personal life because the director makes a conscious effort to avoid the tabloids.