How Many Siblings Does Dwayne Johnson Have? What Do They Do?

Dwayne's series Young Rock, which is based on the true story of his rise to popularity, has given fans the desire to learn more about Dwayne's family, particularly his siblings. 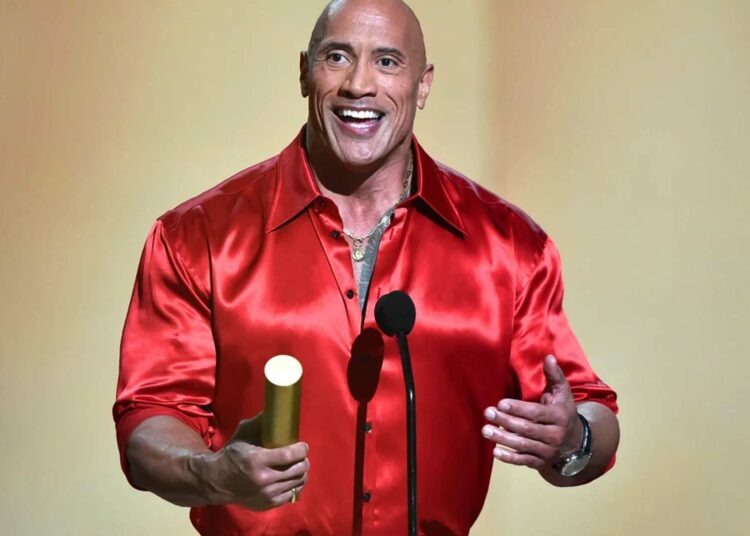 How many siblings does Dwayne Johnson Have? What do they do? Well, Dwayne “The Rock” Johnson, a global icon, just can’t seem to stay out of the spotlight. After an unsuccessful attempt at a professional football career and a hugely successful WWE career, Dwayne switched his attention to acting, and he has since starred in numerous blockbusters.

Also Read: How Many Siblings Does Leonardo DiCaprio Have? What Do They Do?

How Many Siblings Does Dwayne Johnson Have? What Do They Do?

Dwayne Johnson, in real life, has two siblings: Wanda Bowles, his sister, and Curtis Bowles, his brother. In addition, the family tree of the actor who is best recognized by his stage name “The Rock” in WWE, has recently been broadened to include three brothers and two sisters. According to the results of the DNA test, these five individuals are The Rock’s late father, Rocky Johnson’s children.

Aaron Fowler, Trevor Edwards, Adrian Bowles, Lisa Purves, and Paula Parsons are the wrestler’s half-siblings. It was revealed that these five individuals recognized one another on the internet but that they had no contact with their biological father, who had passed away in the year 2020.

Wayde Douglas Bowles was the name given to Dwayne’s father when he was born in Nova Scotia. He eventually changed his name, though, to Rocky Johnson after relocating to Toronto, Canada, where he started his wrestling career. His new name was changed in honor of Jack Johnson and Rocky Marciano, two of his favorite boxers.

Before Dwayne’s father relocated from Canada to the United States to pursue a career as a professional wrestler, he was married to Una, and the couple had two children, Curtis and Wanda, who are actually Dwayne’s half-siblings. In 1978, Rocky married Dwayne’s mom, Ata, after divorcing Una. And in 2003, Rocky and Ata were officially divorced.

If you were shocked to learn that Dwayne has a brother and a sister, don’t feel too bad; unlike their famous brother, Dwayne’s siblings appear to enjoy a simpler life.

In fact, we have some discouraging news if you were hoping to get a closer glimpse at their daily life. Wanda doesn’t appear to have a public Instagram account, and it’s not certain if Curtis’ Instagram account is legitimate either, given that it lacks the “Verified” logo.

In addition, it is not apparent how close of a relationship Dwayne had maintained with his siblings, either when they were younger or now. Dwayne’s brother and sister have remained relatively quiet in the public eye, but Rocky made sure to acknowledge all three of his children when he was welcomed into the WWE Hall of Fame in 2008.

Rocky passed away on January 15, 2020, at the age of 75, as a result of a pulmonary embolism that was caused by a blood clot in his leg. Following his father’s passing, Dwayne shared a heartfelt video tribute on Instagram, and Curtis also discussed their father’s legacy. Curtis discussed how Rocky broke down barriers in the realm of wrestling in an interview with CBC Canada.

Dwayne Johnson is a former professional wrestler who has found success as an actor. Johnson is most recognized for his role in the fantasy adventure film ‘The Mummy Returns.’ Johnson is well-known by his ring name, “The Rock,” and was a highly successful professional wrestler before making his cinematic debut. It’s hardly surprising that he succeeded in wrestling, given that he was born into a family of wrestlers.

He was athletic and had a natural interest in sports from an early age; as a school student, he used to take part in a wide variety of sporting activities. Along with participating in the track and field and wrestling teams at his high school, he played football for the school. He obtained a full scholarship from the University of Miami to play defensive tackle since he was a promising football player.

His hopes of becoming a successful professional football player were destroyed when he suffered an injury that prevented him from continuing his career. Despite his disappointment, he did not allow this experience to derail his motivation and instead chose to pursue a career as a wrestler. The young man started receiving instruction from his father, a professional wrestler himself.

After some time, he debuted in the WWF and quickly developed a name for himself as a successful wrestler. He started getting offers from Hollywood companies because of his reputation and rugged good looks, and he started his acting career with the film “The Mummy Returns.”