Hailey Bieber was seen in sheer dress while Justin Bieber in casual outfit while attending the birthday party of Lori Harvey! 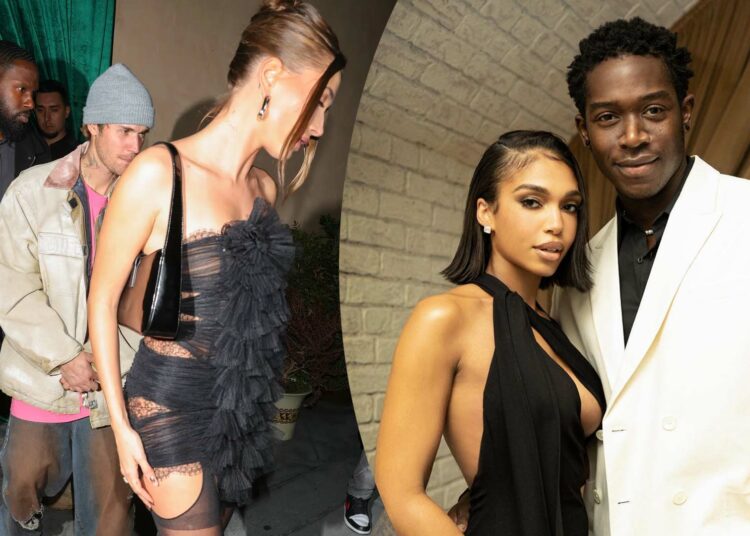 Hailey Bieber was recently seen wearing a strapless mini dress while coming with her husband Justin Bieber to the party of Lori Harvey. We have seen celebrities supporting each other very confidently and boldly.

Whether it is related to supporting each other with work or with personal life, we have seen how a great kind of friendship develops. And if we talk about friendship then a lot of celebrities are very much known in the industry because of it.

Whether it is related to coming into a new relationship or breaking up, they have always maintained a great friendship and supported each other.

The same was recently seen when Hailey Bieber decided to appear at the 26th birthday party of her friend Lori Harvey. The model was looking very beautiful in her black sleeveless dress.

It was a strapless dress as she attended the party with her husband Justin Bieber. Her makeup was literally on the point and her hair was also looking beautiful with the dress.

Coming to the accessories then Hailey Bieber went with earrings and heels. She was also seen carrying a black bag on her shoulder. Her pink lipstick was also becoming the highlight of all the looks while she was passing the cameras. If we talk about her husband Justin Bieber then he has joined his wife for fun.

The singer Justin Bieber was also looking stylish as he was wearing a pink shirt with a white jacket. As usual, he was wearing baggy jeans of blue color and white sneakers. He was there behind his wife and entered the party. Before making headlines while entering the party of Lori Harvey, the couple was seen together in West Hollywood.

If we talk a little about the party Lori Harvey then she was seen as very beautiful with a new boyfriend Damson. The model appeared in a black dress while going hand in hand with her boyfriend.

It was just a few weeks ago when they started dating each other but at the same time they, felt this relationship to be strong. Coming to the model then she came into a relationship after 6 months after her break up with the actor Michael B Jordan. Lori Harvey was in a relationship with Michael however, things ended.