Through her new song called Flower, the singer Miley Cyrus hinted towards her broken relationship with Liam Hemsworth!! 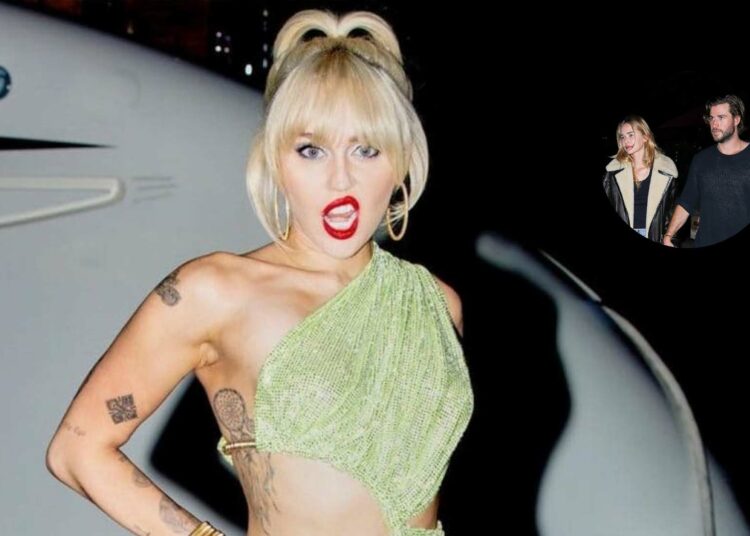 Miley Cyrus was stripped naked for a new music video that has a reference to Liam Hemsworth. We have seen how musicians try to give preference to their personal life in their lyrics or music videos.

Whether it is related to the love life or the standards or even the controversy they have gone through, everything comes if they decided to be public but at the same time indirect about it. Such a way is quite a good way to reveal the thoughts and the reality of their life with the help of lyrics and music videos. If we talk about something like this then one of them is Miley Cyrus.

Miley Cyrus has recently released a new music video that has a reference to Liam Hemsworth. The singer entered 2023 with a big and at the same time right foot. She has a started New year with a new release called Flowers on 12 January 2023. This is the first ever single from her album called Endless Summer Vacation which will be out on 10 March 2023.

Coming to the song then Miley Cyrus is definitely blooming like the title called Flowers. She is totally singing about her life and at the same time about her ex-husband Liam Hemsworth.

If we follow the lyrics then it talks about how they both were good and gold as if it was a dream that can never be sold. They both were right and at the same time, they have seen their house burning. This house burning is a reference to the California wildfire that burnt her home in 2018.

Here you can listen to Miley Cyrus’ New Song Flowers.

The song then takes a turn and changes the subject in the chorus. It is about loving herself and buying flowers too and writing her name in the sand. She also talks about the things that were not clear to her partner. The singer then continues and said that she is loving herself better than Liam Hemsworth.

With the continuation of the song, the singer was seen singing joyfully about all the things and sharing no regret about it. She was seen wearing black underwear and at the same time a black bra while swimming. After some time the singer also went naked and was seen taking a hot shower while singing she can love herself better.

At the end of the video, we can see Miley Cyrus wearing an oversize black suit and wearing nothing inside it. She was seen dancing like a free bird which is in a reference to her liberty and freedom.

Before releasing the song and the video, Miley Cyrus decided has released a teaser. This teaser was related to her singing a song in the shower while taking a hot bath. The singer was not wearing anything and showing her tattoos to fans.