Sky Rojo Season 3 has nothing interesting to add. 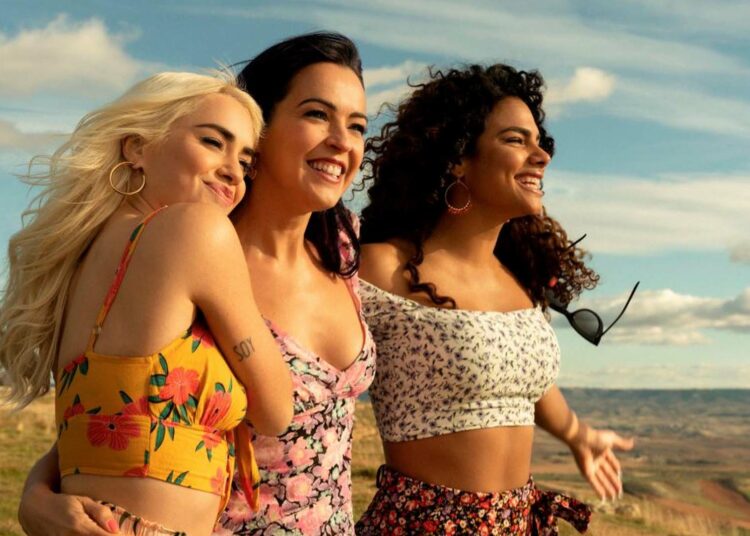 Sky Rojo Season 3 is the season finale of the Spanish action-adventure television drama. It was produced by Vancouver Media and was created by Lex Pina and Esther Martnez Lobato. The series debuted on March 19, 2021, and was quickly renewed for a second season, which debuted on July 23, 2022.

Each season has eight episodes, and this season has the same, with a length of roughly 30-45 minutes.

Coral, Wendy, and Gina strive to start over after attacking Romeo and taking 4 million euros from his club. They start by living in a remote village and starting a bakery. The girls discover a new love & hope for the best. However, when Romeo and Moises uncover their whereabouts, their past follows them. The pair intends to seek revenge on the ladies.

Sky Rojo’s new season on Netflix extensively advertises how the ladies must face their past. It’s ironic, given that they did the same thing in season 2. Even in season 2, their attempt to start again was foiled by Romeo and his men. So, despite adding new characters and settings, the third season needs more depth.

As per Radio Times, The issue with Season 2 was how little was offered in the storyline. They aimed to improve the emotional quotient in the new season, but not about the ladies. The men in the narrative are also offered a platform to express their feelings and ideas. Viewers will never appreciate the show’s attempt to depict the problems and “pain” of men who like raping women of all ages and physically and emotionally harming them beyond repair.

It became so annoying whenever Moises’ voiceover began when he conveyed his thoughts. He’s the one that makes things possible for and supports people like Moises. It’s ridiculous to see him attempting to change at the end of the moment, where Romeo realizes how much better his life would be with his kid. These men didn’t care at all until they felt death coming. They had no guilt for abusing and torturing so many women.

When it comes to Wendy, Coral, and Gina, it’s awful how these girls become the background figures in their own stories. Their characters are going about with little room for development from the plot. Coral is still a drug addict. The creators of the show included a new female character. At this point, a new character enters the fray in a series that hardly has anything intriguing to say.

Overall, Sky Rojo Season 3 had nothing noteworthy to say. It feels disconnected from the central premise, like a separate show from season 1. Apart from the ladies gaining their freedom, which they improved on in season 1 when they escaped, the Netflix series finale season offered little else.

The cast of Season 3