Must Watch TV Shows Like The Lying Life of Adults 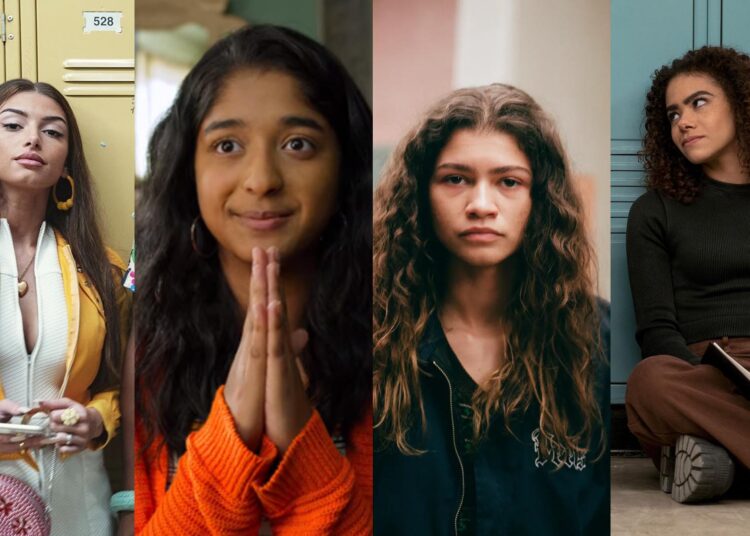 The newest novel by the renowned Italian writer Elena Ferrante, “The Lying Life of Adults,” has been recreated for the screens as a 6-part Netflix series.

It joins HBO’s acclaimed and ongoing “My Brilliant Friend,” which is based on Ferrante’s “Neapolitan” trilogy, and three books that have been made into films.

With a lot of young angst, the Ferrante-hive is ushering in the new year. The Lying Life of Adults, inspired by Elena Ferrate’s book of the same name, will release on Netflix on January 4, 2023, just in time for all those New Year’s resolutions to start crumbling.

We are sure you’ll long for more episodes after watching this brilliant series. But, don’t worry, we’ve got you covered with a list of shows quite similar to The lying Life of Adults Season 1.

Two American teenagers living on a US military installation in Italy experience friendship, romance, identity, and all the chaotic excitement and pain of adolescence.

Ginny, a teenager, and her family long to settle down in a gorgeous New England village after spending years on the road. “Ginny & Georgia” blends suspense, small-town charm, and teen drama. The whole roller coaster ride of the coming-of-age drama is very similar to the Lying Life of Adults

Though the tones of The Lying Life of Adults and Euphoria are vastly different, both shows thoughtfully address issues such as identity and family.

Zendaya bagged an Emmy in 2022 for her depiction of Rue Bennett, a high schooler and heroin addict, on the HBO drama, which offers depth and real passion.

A young girl is fated to free her planet from the clutches of the Magisterium, which suppresses people’s links to sorcery and their supernatural beings known as daemons. The show depicts her journey and experience, which can relate to the Lying Life of Adults.

Mindy Kaling’s experiences of her life inspired the difficult lives of a modern-day Genz Indian American adolescent girl. The way Devi works her way through life, surrounded by family, friendships, hardships, romance, and betrayal. Never have I Ever is a great show, and will definitely give you modern vibes of the Lying Life of adults.

A bunch of misfit kids discover a hidden treasure map that leads to the discovery of a long-buried mystery, along with a lot more feelings and emotions.

Lucas and Nathan Scott, step-brothers from Tree Hill, North Carolina, bounce between camaraderie and competition on the basketball court and in the lives of their mates.

A teenager with a s*xologist mother collaborates with a classmate in high school to establish a secret s*x therapy facility at school. this show involves a whole lot of drama, romance, and yes Sex Education!

Actual escapades of a 16-year-old girl and her family and classmates throughout the early 1990s Troubles.

When a kid goes missing, his mother, a police chief, and his friends must face horrific otherworldly forces to find him. In the process of their mission, they depict the importance of friendship, love, and family.