Paul Mescal has been earning Oscar buzz for his performance as a troubled father in “Aftersun,” and he captivated viewers in “Normal People” as a smart college student. 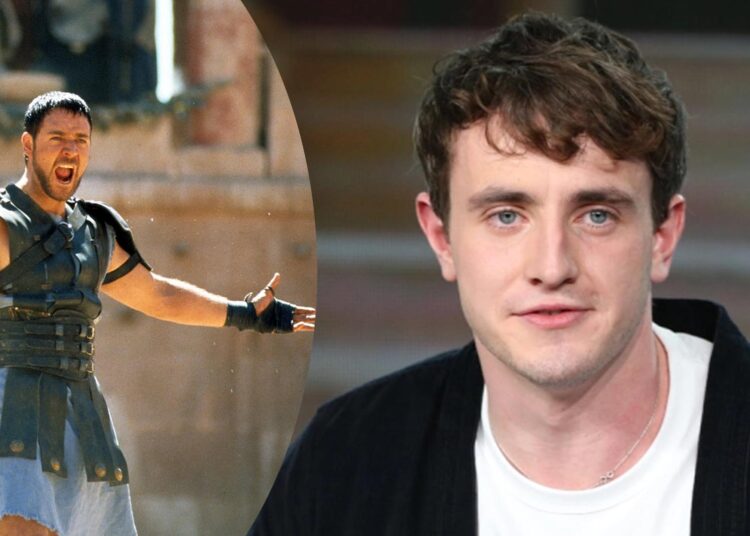 Paul Mescal is an Irish actor who was born in Maynooth. During his graduation days, he performed in plays, such as The Great Gatsby, Asking for It, and The Lieutenant of Inishmore, in Dublin theaters.

Paul Mescal has received praise for his starring role in the miniseries Normal People which was released in 2020 and was awarded British Academy Television Award as well as a nomination for a Primetime Emmy Award.

Also Read: Actors Auditioned To Be Next James Bond!!!

According to Variety, a US-based news outlet, the actor Paul Mescal has given a bite of himself taking steps to star in Ridley Scott’s widely anticipated sequel to “Gladiator,” the 2000 epic that launched Russell Crowe to stardom and later won an Oscar for best picture.

Although it is true that Mescal won’t be donning Crowe’s toga, the movie isn’t a prequel. Little spoiler alert for those who have not yet had the chance to see this amazing movie Gladiators, Maximus, played by Crowe, died in the Colosseum defending the Republic.

Instead, Mescal will take on the role of Lucius, who is  Lucilla’s son and was played by Connie Nielsen in the original film.

With this being set, Ridley Scott is expected to return to the realms of swords and sandals which has once made everyone awestruck. Along with Scott Free President Michael Pruss, Red Wagon Entertainment’s Doug Wick, and Lucy Fisher, he will produce the film.

The screenplay was by David Scarpa and the film will be created by Paramount. According to facts, “The right to co-produce the film after it has been established belongs to Universal, which supported the previous film alongside DreamWorks.”

As we know Paul Mescal has been earning Oscar buzz for his performance as a troubled father in “Aftersun,” and he captivated viewers in “Normal People” as a smart college student. He is about to gain some other level of recognition for his new role. Let’s all provide Best wishes to the whole crew.