Golden Globes 2023 Winners: Naatu Naatu to The Fablemans, All Here!

Golden Globes winning details are here as many artist were seen winning it joyfully! 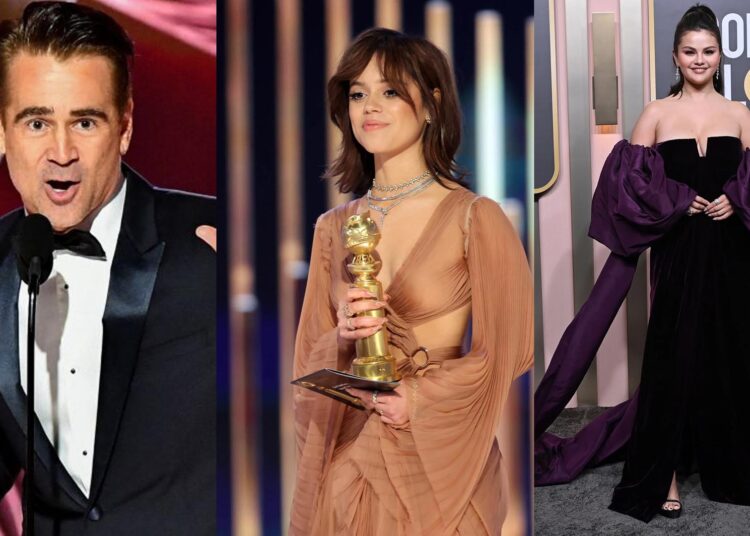 The winner list of Golden Globes 2023 has been out and we can see the name of celebrities who won this prestigious award. As soon as any award function happens, we generally look up to the red carpet appearance as well as the winners.

It was on 10 January 2023 when the Golden Globes happened. This year it happened in Los Angeles at Beverly Hilton. The Golden Globes has finally returned to television and a lot of favorite actors and actresses achieved this honor.

The next category best actress in a motion picture musical comedy then it went to Michelle Yeoh for everything everywhere all at once. Followed by another category of same but for the Best actor then which was won by Colin Farrell for The Banshees of Inisherin.

Best Director Award was given to Steven Spielberg for The Fabelmans and Screenplay to Martin McDonagh for The Banshees of Inisherin. The next one is Best Original Song in Motion Picture went to Naatu Naatu of RRR that made history.

The Best Drama Series was given to the house of the Dragon and Best Limited Series Anthology Series or Television Motion Picture was given to The White Lotus: Silicy.

Apart from these categories, there were a lot more winnings. But if we take a look at red carpet appearances then actresses like Selena Gomez and Jenna Ortega have nailed it. Selena Gomez was seen wearing an amazing dress Valentino while Jenna was wearing Gucci in coffee color sheer dress.

There were a lot of many actresses and actors who appeared on the red carpet appearance and give their best looks. Rihanna was one of them who grabbed her first nomination for original music. She appeared in a black dress and a necklace that was high lighting her overall look.