The Rookie has been a strong performer on ABC because to its blend of police procedural and personal drama, and here are some additional shows that suit the criteria. Here are the top 7 shows that are quite similar to the Rookie Season 5, Part 2

by Minosha Coutinho
Reading Time: 10 mins read
A A
0 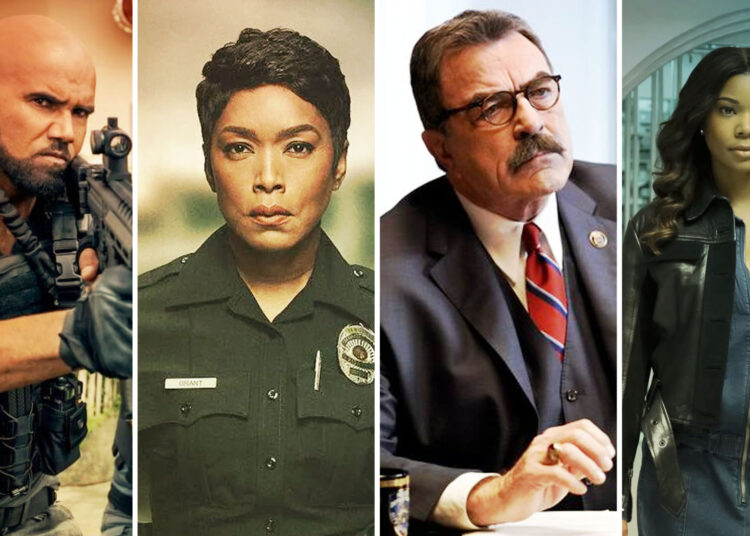 Are you looking for the tv show like The Rookie to watch, so here we have listed the Top 7 Shows Like the series you should give a try.

The Rookie Season 5 Part 2/ Episode 10 was released on 3rd January 2023, and while waiting for Episode 11 and the rest of the episode, you can watch these Top 7 Shows like the series, we have listed for you.

The Rookie has been a consistent performer on ABC. The program, based on the actual tale of Bill Norcross, is a blend of crime investigation and human drama about a man given a second chance in life.

The Rookie has managed to win over viewers by providing a fresh twist on the police story through its quirky characters and different storylines, from marking Nolan’s hardships as he works to gain the respect of his much younger and very skeptical peers to documenting the action as he hits the streets of Los Angeles.

There are similar series that stand out in the same genre for fans of The Rookie seeking something similar to watch between episodes or before the spinoff arrives.

Blue Bloods, which is presently in its 12th season on CBS and streaming on Hulu, depicts New York police commissioner Frank Reagan, the father of a multigenerational family of New York City cops.

The show looks at life in law enforcement from a variety of perspectives, ranging from beat officers to the district attorney’s office. Blue Bloods is a series that manages to be both expansive and personal at the same time. It is a half-cop drama and part family narrative.

Much like Rookie, Fox’s 9-1-1, which is currently accessible on Hulu, takes place in Los Angeles and contains officers, but it also involves firefighters and paramedics. They react to many distress calls and situations around the city.

The series combines sun-soaked action and thrills with more intimate human drama, documenting the lives of the main protagonists both in and out of uniform. Viewers may also watch its Texas-based spinoff 9-1-1: Lone Star on Hulu.

Despite being a remake of a classic 1970s TV show, S.W.A.T. has managed to carve its own path over the previous five seasons.

Part of that is due to actor Shemar Moore’s smoldering intensity, although credit goes equally to the superb supporting ensemble. Moore plays Daniel “Hondo” Harrelson, the head of the LAPD’s top Special Weapons and Tactics Unit, who attempts to bridge the gap between the police department and the neighborhood from which he originates.

Season 5 is available to view on Paramount+, and the previous four seasons are available to purchase on Amazon Prime Video.

The F.B.I., currently in season 4 on CBS and streaming on Paramount+, is based in the Federal Bureau of Investigation’s New York field office. Agents Maggie Bell and OA Zidan are followed as they battle dangers ranging from white supremacist terrorists to drug-trafficking groups.

It’s a fast-paced show with lots of procedural thrills. FBI: Most Wanted and FBI: International are two spinoffs for individuals who appreciate shared universes and crossovers. It was developed by Dick Wolf, who was also responsible for the One Chicago franchise and the Law & Order brand.

L.A.’s Finest, a spinoff of the Bad Boys film franchise, follows Marcus Burnett’s sister Syd as she moves from Miami to the LAPD, where she is paired up with workaholic stepmom Nancy McKenna.

In the City of Angels, they take on gangs, killers, and drug lords. Despite the fact that neither Will Smith nor Martin Lawrence appears in the series, “L.A.’s Finest” contains much of the action and humor that were hallmarks of the flicks. Netflix has both seasons accessible to watch.

Southland was a frank and unfiltered look at police life, daring to present its officers as imperfect, broken, and even occasionally unhinged. Because of this unwavering position, the program was able to showcase its characters as multifaceted and multidimensional, making them feel like genuine people with real concerns.

It also did not shy away from challenging themes like racial relations and the difficulties one of its major characters faced as a gay police officer. Southland was released on NBC for one season before switching to TNT for seasons 2–5. HBO Max has all five seasons accessible.

Nathan Fillion gained thousands of fans as the titular character on Castle before becoming the hero of The Rookie.

Fillion portrayed Richard Castle, a mystery author who became involved in crime solving with NYPD detective Kate Beckett. Beckett was initially dissatisfied with being saddled with a ride-along writer, but the two formed a good collaboration (and eventually a romance).

Castle received plaudits from audiences for successfully mixing crime and comedy before concluding with Season 8, which is now available on Hulu.