The heavily hyped second season of Tokyo Revengers, the "Christmas Showdown" arc, will release in January! 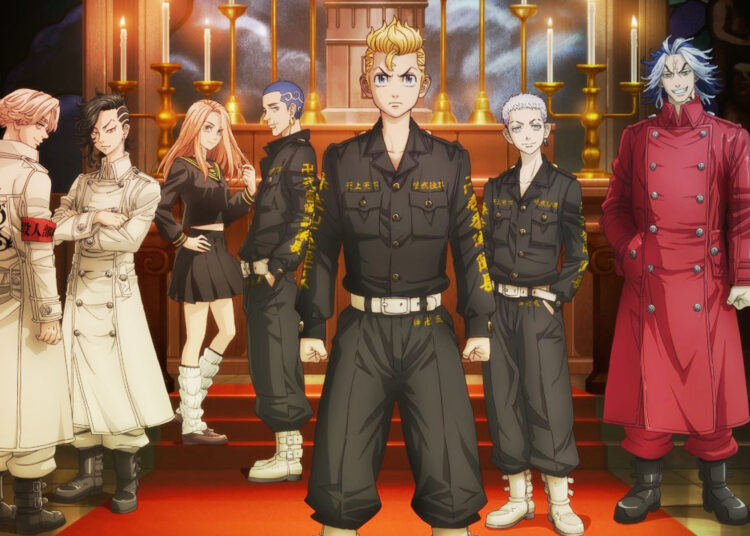 Tokyo Revengers Season 2 is all set to be released tomorrow and here we’re with the latest updates you need to know about the release.

For anime fans, the year 2023 is undoubtedly one of the most exciting and full of surprises. However, you don’t have to wait any longer, as we have some great news to share.

If you like the typical action-driven manga-anime fare, you’ll enjoy what the forthcoming second season of Tokyo Revengers has in store. It is an anime version of Ken Wakui’s manga series, full of compelling drama, from exhilarating fights to touching anime character backstories.

When will Tokyo Revengers Christmas Showdown Arc (Season 2) be released?

According to the anime’s official website, Tokyo Revengers season 2 will release on January 8, 2023, at 2.08 a.m. JST. The new season is expected to include at least 24 episodes, similar to the previous one, with an average length of 120 minutes per episode, released weekly.

Characters we might see in Tokyo Revengers Christmas Showdown Arc.

The series’ central cast members are as follows:

In addition, Masaya Fukunishi, who succeeds Tatsuhisa Suzuki as Ken Rygji’s new voice actor, has been announced. Junya Enoki plays Inui, while Natsuki Hanae plays Kokonoi. Takashi Mitsuya, leader of Toman’s Second Division, is another figure whose entrance into Tokyo Revengers in season 2 will be much anticipated.

What to expect from Tokyo Revengers Christmas Showdown Arc (Season 2)?

Tokyo Revengers season 2 will center on the Shiba siblings since it adapts the Christmas Showdown arc. Taiju Shiba’s relationship with his younger brothers, Yuzuha and Hakkai, is stormy.

The “Christmas Showdown” storyline will center on the war between the Black Dragons, commanded by Toman, and Taiju Shiba, the 10th-generation commander.

Taiju Shiba, a violent menace, prefers to communicate with his fists rather than his words – yet, in an unexpected contrast, the teaser also shows that Taiju is a remarkably religious man who regularly visits the church to pray.

The following season will also go further into the history of the Second Division captain, Takashi Mitsuya, and his vice-captain, Hakkai Shiba. Hakkai, who is frequently portrayed as a gentle and soft-spoken guy, has a darker side, especially when he is pitted against his brother Taiju.

Seishu Inui and Hajime Kokonoi, who appeared in the last episode of season one, will play pivotal roles in this and all following arcs. Takashi Mitsuya, captain of Toman’s Second Division, will also be featured prominently in Tokyo Revengers season 2. Hakkai is his vice-captain, and the two have been friends and comrades for a long time.

Where can I watch Tokyo Revengers Christmas Showdown Arc (Season 2)?

Tokyo Revengers Season 2 will be only available on Hulu and Disney Plus networks depending on the viewer’s location.

The series airs on MBS for many international viewers and is licensed by Muse Communication in South and Southeast Asia, broadcasting on the Muse Asia YouTube account and Bilibili.

Outside of Asia, Crunchyroll is streaming the series, which includes a Russian version and Spanish, Portuguese, French, German, and English dubs.