List of the must-watch adventure films that will be released in the year of 2023, that you should watch once.

by Hermione Lovegood
Reading Time: 14 mins read
A A
0 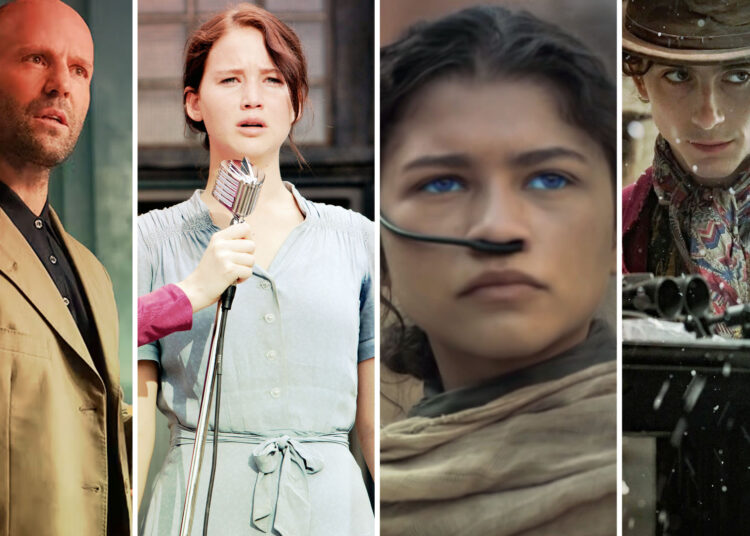 If you like watching Adventure movies, then you got nothing to worry about as we’ve listed the Top 10 Adventure Movies to Watch in 2023, that you should watch once.

2022 gave us a number of adventure movies like ‘Uncharted‘, ‘Slumberland‘, ‘The Adam Project‘, ‘Fantastic Beasts: The Secrets of Dumbledore‘, etc.

In this new year too, we are ready to receive a library full of adventure-themed films that you would be more than enthusiastic to check out.

Indiana Jones and the Dial of Destiny-

This upcoming action-adventure movie is the fifth installment of the Indiana Jones movie series the plot of which is set in 1969 and revolves around a new adventure of archeologist adventurer Indiana Jones.

Harrison Ford will be found reprising his role as Indiana Jones in the movie that is set to be released on June 30, 2023.

Paul King has directed this upcoming musical fantasy adventure movie that is inspired by Roald Dahl’s 1964 novel ‘Charlie and the Chocolate Factory‘ and serves as a prequel to it.

The plot follows a much younger Willy Wonka before his legendary chocolate factory became world famous as he first meets the Ooma-Loompas on one of his very first adventures whom he brings back with him to manufacture chocolate and candy.

Timothée Chalamet will be seen starring as Willy Wonka in the movie. It is scheduled to be released on December 15, 2023.

Jonathan Goldstein and John Francis have directed this upcoming fantasy adventure movie that is based on the same titles tabletop role-playing game.

The upcoming movie, which is set in the Forgotten Realms campaign setting, bears no connection with three films of that theme that were released from 2000 to 2012. It is set to be released on March 31, 2023, in the United States.

This upcoming computer-animated fantasy adventure comedy movie is based on the Super Mario series of the popular Mario video game franchise.

The film is going to be the third movie adaptation of the video game following the two movies that were released in 1986 and in 1993.

The plot follows the plumber Mario in his adventure through an underground labyrinth to save a captive princess. The movie is scheduled to arrive on April 7, 2023, in the United States and on April 28 in Japan.

This upcoming fantasy adventure movie is the live-action adaptation of 1953’s Walt Disney animated movie ‘Peter Pan‘ both of which are adapted from J. M. Barrie’s 1904 play ‘Peter Pan; or, the Boy Who Wouldn’t Grow Up’.

Alexander Molony will be seen starring as the protagonist Peter Pan, a boy from Neverland who refuses to grow up, and Ever Anderson will be seen portraying Wendy Darling, a young London girl traveling with Peter to Neverland. The movie will premiere on Disney+ sometimes in 2023.

Jake Kasdan has directed this upcoming action-adventure Christmas movie. The plot is yet to be published, but the cast members have been announced already.

Guillaume Canet has directed this upcoming French live-action adventure family comedy movie that serves as the fifth installment of the Asterix film series and a sequel to the 2012 movie ‘Asterix and Obelix: God Save Britannia’, all of these being adapted from the French comic book series named ‘Asterix’.

The plot follows a Chinese princess named Fu Yi’s arrival at a Gallic village in order to seek help from Obelix and Asterix to defeat the coup of Prince Deng Qin who wants to overthrow the Empress.

Director Canet and Gilles Lellouche will be seen starring as Asterix and Obelix respectively in the movie. It is set to premiere on February 1, 2023.

The Hunger Games: The Ballad of Songbirds and Snakes-

This upcoming sci-fi action adventure movie is adapted from the 2020 novel by Suzanne Collins- ‘The Ballad of Songbirds and Snakes’.

The film is set to be the fifth film of The Hunger Games film series serving as a prequel to the other films.

The plot follows an eighteen years old Coriolanus Snow, played by Tom Blyth, long before he becomes the tyrannical president of Panem. The movie is set to be released on November 17, 2023.

This upcoming sci-fi adventure movie is a sequel to the acclaimed epic sci-fi 2021 movie, adapted from Frank Herbert’s 1965 novel ‘Dune‘.

Timothée Chalamet, Dave Bautista, and Zendaya are some of the cast members returning in the sequel with Florence Pugh, and Austin Butler being some of the new cast members. The movie is set to be released on November 3, 2023.

This upcoming spy action comedy movie is about Super spy Orson Fortune, played by Jason Statham, and his top operatives’ team on an undercover mission. The movie will launch theatrically in January of 2023.