Melanie Martin, the fiance of late singer Aaron Carter gave a sweet message and told how she missed him! 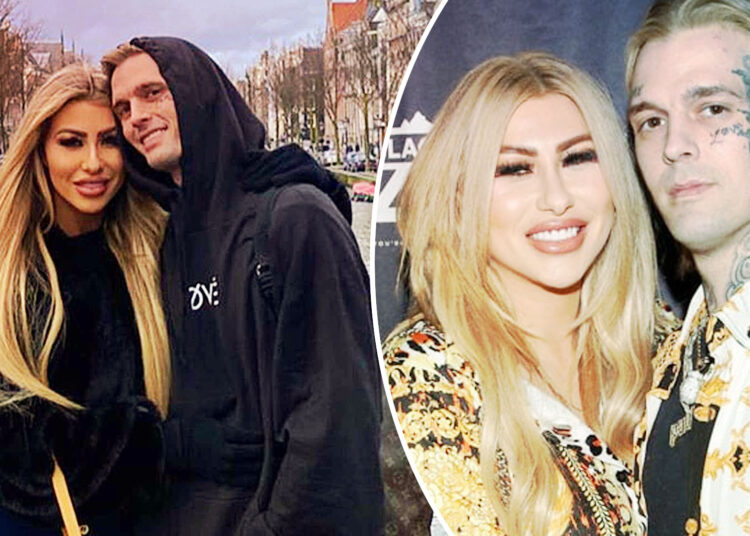 The fiance of Aaron Carter, Melanie Martin has shared a holiday message for the late singer. Losing someone is one of the most difficult parts of life where only memory lives. And that’s the reason why it becomes very hard for people to move on in their life and not to think about that person whom they used to love and still love.

And if we talk about these things in terms of celebrities then it is way more than that. It is not just the fans but also the family who feels and shares the same kind of emotions.

That’s the reason why the absence of such people on holiday is just killing. Something like this has been seen with Melanie Martin, the fiancé of the late singer Aaron Carter. She has recently shared a holiday message for the late singer and said he is always in her heart.

30-year-old Melanie Martin has given a tribute to her fiance as she celebrated her first Christmas without him after his tragic death. She has shared a clip on Instagram which showed her holiday celebration with friends and relatives.

Among them was their one-year-old son named Prince. Melanie walked around the Christmas tree and showed Angel Wings as an ornament with a heart shape. The name of the late singer was printed on it.

Also Read: Britney Spears Was Seen In Glasses Before Dancing With Sam Asghari!

In the caption, Melanie Martin has written about how they cannot see him any longer but can feel his presence in their heart forever. She uploaded this video on 26 December 2022. Coming to Aaron Carter and Melanie Martin then they got engaged in 2020.

Their relationship met with many ups and downs including a miscarriage and domestic violence incident. But after solving everything they have welcomed their first child in November 2021.

The late singer has also cleared that how they decided to separate but came back again after having a complicated relationship. However, their relationship did come to an end when Aaron Carter died on 5 November 2022 at the age of just 34.

The dead body of the singer was found by his fiance. He was just there in the bathtub unconscious in their California home. When it comes to the cause of his death then it is yet not revealed. The funeral of Aaron Carter was done in the presence of his family and friends.

When it comes to the current scenario then Melanie Martin has custody of their one-year-old baby Prince. The couple lost their custody to the mother of Melanie just one month before the tragic death. But after the death, she again got custody on 15 December 2022.

He has shared this news and called it very emotional thinking and in the end, her late fiance would be happy to see it. The property of the late singer would be given to his son Prince which is somewhere around $550000.