Are you curious about which character from Wednesday most closely resembles your personality? At Nevermore, Wednesday interacts with a wide range of people, each of whom has their own personality. 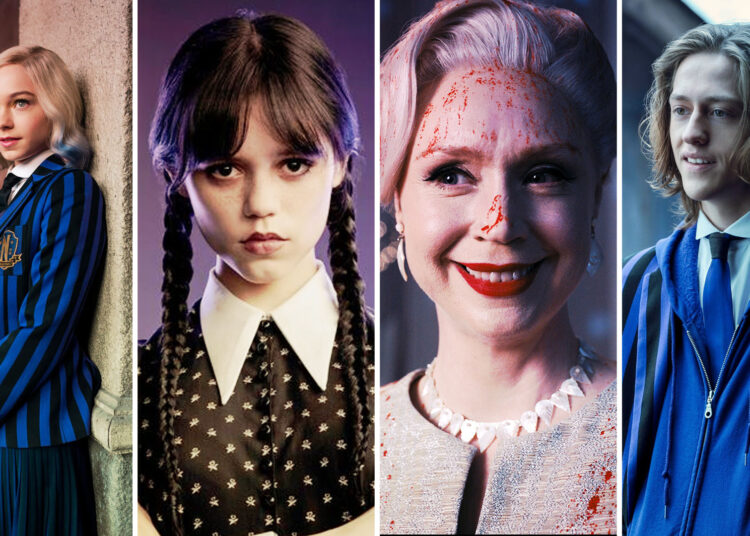 There is not much information about Wednesday Season 2, however, we have some interesting details that can blow your mind.

Currently, Wednesday has grabbed the third position on Netflix’s Most Watched shows list, however, there is not much information about season 2 of the series.

The other girls are not like Wednesday Addams. In the Addams Family spin-off series on Netflix, Jenna Ortega portrays the goth eccentric who comes from a loving family of other oddballs who doesn’t care about fitting in.

Viewers are wondering if there would be another episode to wrap up Wednesday’s plot since there are just eight episodes in the first season.

Are you curious about which character from Wednesday most closely resembles your personality? At Nevermore, Wednesday interacts with a wide range of people, each of whom has their own personality. Although they are distinct from one another, one of the 12 zodiac signs frequently corresponds to their personality.

Continue reading to learn more about the Wednesday cast of characters and to see what the zodiac has to say about their personalities.

Xavier, the prodigal son of a famous psychic, seeks to develop his magical skills independently of his family’s supervision.

Unlike his siblings, Xavier has stronger artistic and creative abilities, which are qualities associated with the Taurus solar sign. Like the Bull, any tragedy that comes his way is covered by his dashing smile and attractiveness.

Larissa Weems, the headmistress of Nevermore Academy, desires to unite the school’s oddball students. Principal Weems is not what she seems, like the majority of Geminis. She has a hidden shape-shifting aspect that has only recently begun to surface.

Larissa Weems needs to be closely observed because of her mercurial traits, which are capable of making anyone feel uncertain, deceived, and evaded.

What better zodiac sign than Scorpio for someone who had a pet scorpion as a child? Scorpio is the sign of Wednesday Addams. She is the ideal Scorpio, but it’s not only because she keeps a scorpion as a pet.

Also, she embodies the spooky, intense, and enigmatic qualities that people born under this sign are known for. She has a borderline morbid sense of humor, which is characteristic of Scorpios, who like making light of life’s darker aspects.

Another trait of Scorpios is their willingness to stand up for what is right, and Wednesday Addams is no exception. There is no disputing that Wednesday Addams is a badass Scorpio, just like her pet scorpion, Nero, despite the fact that she is frequently misinterpreted due to her allegedly odd behavior.

The roommate and companion of Wednesday from Nevermore Academy, Enid Sinclair, is a Pisces. Enid embodies the virtues of kindness, compassion, and loyalty that are typical of Pisces.

She is Wednesday’s devoted confidante and is constantly prepared to sacrifice her own comforts for the benefit of those around her. Enid is sympathetic and perceptive, just like a typical Pisces. She is fascinated by life.

Enid is also sensitive and creative, and she enjoys music and art, two things that are related to Pisces. Enid embraces her distinctive personality and displays it via her style and the design of her bedroom, which is a characteristic of the Pisces sign.

She is a loyal friend and an idealist with strong emotions, which makes her the ideal Pisces in Wednesday’s life.

The leader of Nevermore Academy and Wednesday’s butthead is Bianca Barclay. We get a Capricorn to feel from Bianca. Capricorns value organization, practicality, and a sense of control. Bianca is unmistakably this; she enjoys ruling her clique.

Bianca is a high achiever and enjoys bragging about how much she knows, just like a typical Capricorn. Aspiring and competitive, Capricorns strive to be the best. In class, Bianca is the first to raise her hand, and she and Wednesday compete to see who knows most.

She is naturally a leader and a rule-follower, which are two traits associated with Capricorns. Bianca’s independent spirit and assertive attitude perfectly represent the Capricorn astrological sign.

There is no zodiac sign more suited to Tyler Galpin’s dualistic personality than Gemini. Geminis are renowned for their versatility, wit, and unpredictability. Yes, Tyler is each of these things. His dual nature renders him tremendously sophisticated and covertly strong.

Tyler is a manipulator as well as a target of manipulation. Tyler is a people reader and an observer, just like a normal Gemini. Despite his reserve, he has the ability to project an innocent charm when necessary.

Geminis are recognized for their ability to find creative solutions to problems, and Tyler is no exception. In the Netflix popular series Wednesday, he is the ideal representation of a Gemini due to his versatility.