Dabi fans are thrilled about the episode 11 peek from My Hero Academia season 6! 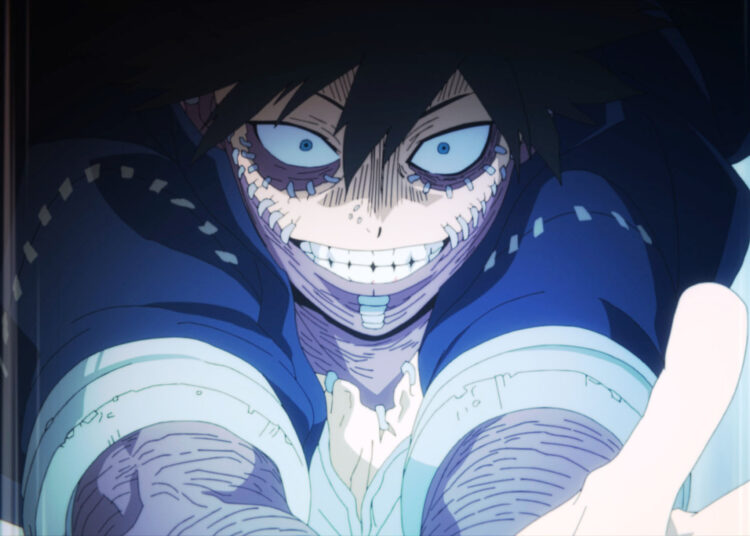 If you are eagerly waiting for the My Hero Academia Season 6 Episode 11, so here we’re with the latest update of the next episode.

It isn’t easy to think that My Hero Academia Season 6 already has 10 episodes. Fans are clenching up in their seats each week as a full-fledged battle between the Heroes and the Evil threatens many lives. Here’s when the next episode will be released.

On December 10, 2022, My Hero Academia Season 6 Episode 11 will premiere. According to your place in the world, you will see a different local time when the episode premieres on Crunchyroll.

What can we expect from My Hero Academia Season 6 Episode 11?

It will be a turning point in the series.

This is the moment that manga readers have been craving for years. Finally, the sixth season of My Hero Academia will confirm a very well-liked idea.

Finally, Dabi will introduce himself as Toya Todoroki. The family had believed their lost son was dead for long years.

The title of My Hero Academia Season 6 Episode 11 Dabi’s Dance—has a purpose. In addition, it is the title of the chapter in the original manga where he reveals his actual identity. When Dabi informs Endeavor that he wants to murder the entire family, he is oddly shown dancing.

Naturally, anime fans would want to see this moment in My Hero Academia season 6. The Todoroki family drama is regarded as one of the story’s most compelling aspects, while Dabi has consistently been a well-liked villain throughout the series. Let’s hope the anime lives up to Dabi’s revelation.

Fans are thrilled about Episode 11

Soon, some fans will begin dancing with Dabi in the upcoming episode. His character evolution and that of the rest of his family are at stake at this point. Of course, the show-stealer is going to be Dabi’s hysterical breakdown.

Studio Bones have done well with the graphics for My Hero Academia season 6. Some fans can only pray that Dabi’s famous dance will receive the respect it deserves.

If the animation is up to par, there may be some excellent GIF possibilities. A few screenshots from the teaser video have already been publicly released. Fans obviously cannot wait to witness the dance sequence. They can only pray that Studio Bones will satisfy the needs of the fans.

Where Can I Watch My Hero Academia Season 6 Episode 11?

For international viewers, Crunchyroll is an excellent place to start. They will have to begin with a premium subscription, though. Alternatively, people may discover clips on platforms like Twitter & YouTube.

It will be difficult to avoid seeing My Hero Academia season 6 because it is expected to trend on social media once more. Dabi previously made headlines when the manga chapter was released, so he’ll probably do it again with the next episode of the anime.