My Hero Academia Season 6 Episode 10 revealed the fundamental importance of the glimpses shown in the teaser, describing how Shigaraki and All For One obtained entry into that world! 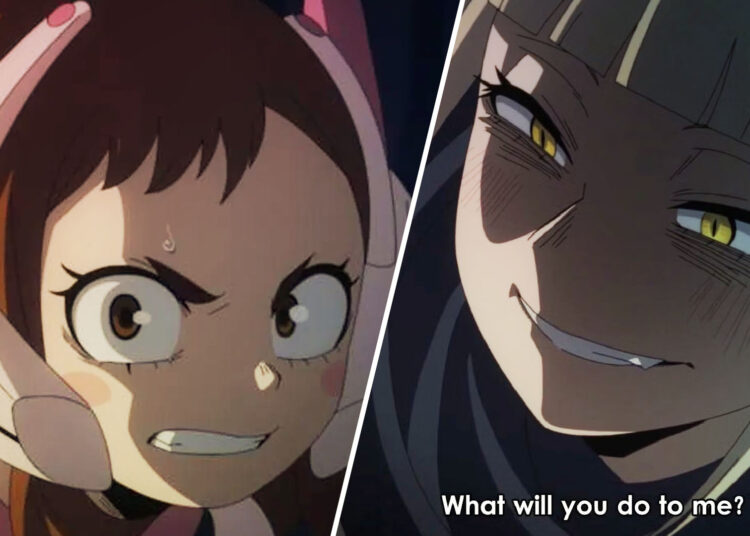 The preview for My Hero Academia Season 6 Episode 10 indicated that Deku would fall to his rage and strike Shigaraki, whose regenerated face resembled his mentor, after which the green-haired hero will find himself in the realm of OFA vestiges.

After Bakugo throws Deku out of harm’s way, he is wounded by the coming rivets and falls to the ground. Meanwhile, Shigaraki, possessed by One for All, rejects Bakugo’s sacrifice as worthless.

Deku has a flashback of Gran Torino being viciously beaten up by the villain, and his childhood buddy is now seriously wounded. Naturally, he becomes irritated and loses control. Deku jumps at Tomura, shattering all the rivets thrown at him.

When he has closed the gap between himself and the villain, Tomura grabs his face with his palm and attempts to steal the One for All quirk. But, for some reason, the two find themselves within One for All.

Meanwhile, Gigantomachia pursues his master, destroying everything in his route. Pro-heroes tasked with an evacuation are urged to abandon all tasks to stop the gigantic monster.

Himiko Toga chooses to get off Gigantomachia’s back and face Ochacho when she discovers she is close to him. Ochaco, preoccupied with evacuation efforts, is approached by an older woman who requests help.

When Ochaco pursues her down an isolated alley, the lady disappears, and it is shown that she is Toga. Ochaco continues to pursue Himiko to confront her, only to be smashed to the ground by her. That’s when Toga inquires about Twice’s death and how far the heroes are ready to go to stop them.

My Hero Academia Season 6 Episode 10, Ending Explained: Why does One for All believe Deku is unfit for One for All? Is Izuku dead?

Deku finds his body is too weakened to move after becoming trapped inside One for All. Nana Shimura suddenly strokes his head as comfort and advises him not to force himself too hard.

Shigaraki approaches him carefully, One for All emerging from his shoulder. Then One for All reveals to Shigaraki that his dead grandma is present with Deku.

The villain used to have recurring dreams about people whose quirks he had stolen over time. These dreams ended only once he regained control of the powers he had taken. It was when he met Garaki that he realized what was going on. Organs and cells, it turns out, have memories as well.

So, when One for All took someone’s powers, the quirk genes carried their awareness. This might be a compelling discovery and could also explain Deku’s unpleasant nightmares, as he got his quirk from others.

When One for All sees Deku in his vulnerable position, he mocks him and claims that he is undeserving of All for One. However, One for All’s stubborn brother, who has mysteriously appeared there, denies his claims and supports Deku, stating that the small kid deserves the power since he is ready to go to any extent to help others.

His attitude distinguishes him from others. While Nina Shimura and Yoichi Shigaraki prevent Tomura from destroying the planet within One for All, Deku gets on his feet and jumps for his enemy.

After Deku and Shigaraki escape All for One, they cannot continue fighting and gradually collapse. Deku realizes Shigaraki cannot take his quirk away from him, but he lacks the strength to fight his enemy. Suddenly, he begins to fall from the sky, and his eyes close.

While some fans may have expected the worst, he lost unconsciously. It’s normal not to expect him to die because, as mentioned in the early episodes, ‘My Hero Academia is Deku’s journey of becoming the greatest hero.