Blue Lock is frequently referred to as fantastic in comparison to Haikyuu after taking into account the chapter in which we are presently located. 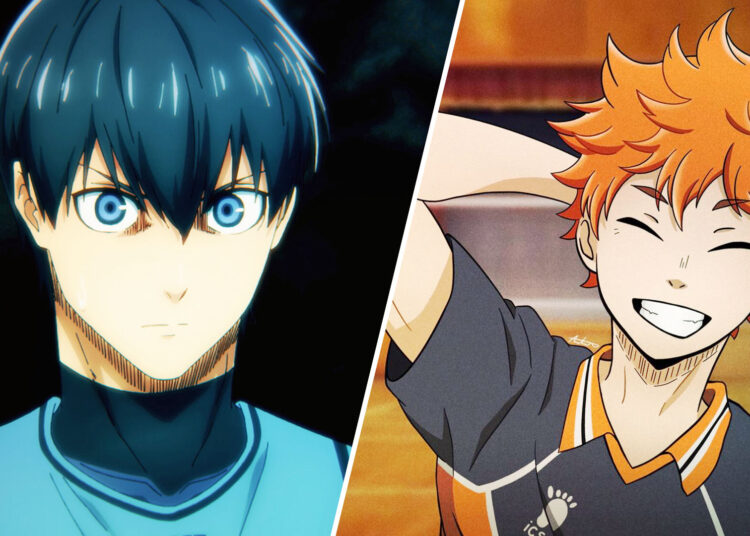 The first episode of the Blue Lock anime adaptation was released some time ago, and it immediately caused a sensation all over the world. The mysterious experiment created by Ego Jinpachi captivated the internet in a matter of hours.

Viewers from all over the world are complimenting its animation, story, the cast of characters, and original take on the sports anime subgenre. Since the premiere of the wildly successful volleyball anime Haikyuu!!, a series of this magnitude has not been produced.

This legendary program is frequently cited as one of the best sports-themed anime ever produced. The audience is now interested in finding out who would win if a fight between Blue Lock and Haikyuu took place. Let’s talk about this subject today.

Because they both are so different from one another and cannot properly be compared to one another, it is extremely challenging for us to decide which of these two series is the superior option.

Haikyuu! and Blue Lock are significantly different from one another in terms of both the storyline and the characters. You’re sure to like Blue Lock if you’re a fan of the demanding world of athletics. However, Haikyuu is the one for you if you’re looking for a thrilling story with outstanding characters.

Blue Lock is frequently referred to as fantastic in comparison to Haikyuu after taking into account the chapter in which we are presently located. The series is enormous, and during the years, a lot of story and growth occurs.

However, nobody can predict whether Blue Lock will last longer and perform better than Haikyuu. How far this plot and universe can be explored will actually determine that. Another point is that Blue Lock will undoubtedly become more well-known worldwide if the anime adaptation does the original justice.

For many years, fans from all around the world have praised Haikyuu!! for its distinctive approach to volleyball. Haikyuu!! attempted to develop genuine connections between the characters and the audience, in contrast to many other sports shows that frequently rely on the game they represent to attract people.

Despite the fact that volleyball remained crucial to the story, the players were the main attraction. Some of the all-time most cherished anime characters include Hinata and his companions.

Fans adore their relationships, the ongoing growth, and the individual motivations of each character. The message of friendship and teamwork that the show instills in viewers via each episode is also adored by the fanbase.

While Blue Lock’s manga has shown that each character may create a genuine connection with the public, the series’ overall message is not one of cooperation. Yoichi and the other members of the Blue Lock are not looking to make friends.

Without regard for the hopes and motivations of the remaining athletes, they are actively seeking to have them eliminated. The difficulty, pressure, and terror that the characters experience are felt by the audience.

It is possible that each new undertaking, test, or game of soccer will be their last. The fanbase is rooting for their preferred character to win the match.

Also Read: Moonrise Release Date: When Is It Coming?

What Is Haikyuu!! All About?

Even though Haikyuu!! largely adheres to the tried-and-true conventions of popular sports anime, it never succumbs to mediocrity.

Hinata Shoyo would be ideal as the outgoing protagonist of a shounen anime, with Kageyama Tobio as his companion and greatest opponent, the moody, quiet genius.

Characters like Tendou Satori and Oikawa Tooru, meantime, are perfectly suited to play the part of the conceited, self-centered child who is destined to lose to the protagonists.

However, when each new season of Haikyuu!! is released, complexities in every character are exposed, distancing them from being reduced to one-dimensional prototypes.

Each of them—coworkers, pals from other teams, and rivals—has their own difficulties and motives, which endears them to the audience and helps them relate to them.

What Makes Blue Lock So Popular?

Blue Lock may at first sound like any other soccer manga, but upon further inspection, its premise is more along the lines of competition. Because of this and the constant tension throughout the narrative, it resembles a shonen battle manga far more than a typical sports book.

The anime version incorporates the same plot, immediately distinguishing it from previous and current soccer anime. The Blue Lock anime has gotten off to a strong start due to the anticipation and continued sales of the manga.

The exciting soccer situations will undoubtedly jump off the screen owing to the precise animation, thrilling viewers in a way that more realistic soccer anime would not.