The popular social media influencer is one of the most followed personality on IG, and her posts are simply gorgeous. 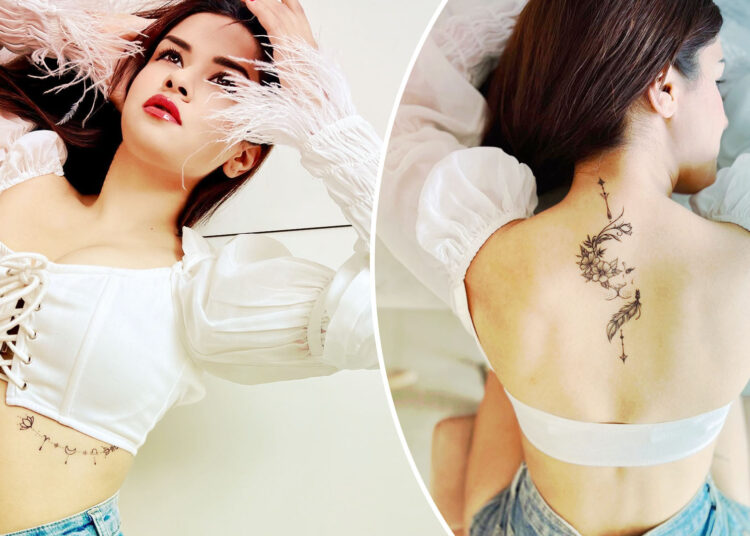 Avneet Kaur is slowly turning into the hottest celebrity on Instagram. The 21-year-old diva has a whopping 32 million plus followers on Instagram and her currently ruling the most followed social media platform.

Avneet has always been a star and that too right from her childhood days, but now she has reached the next level of popularity which actually started with Tiktok, Avneet was the third most followed female influencer on the platform before it got banned in India.

Avneet’s Instagram posts are just next level these days, her superhot outfits always get fan’s attention; earlier this month the diva was in Istanbul and she shared some mesmerizing photos from the beautiful city, and since her return back to India, she has been posting some breathtaking throwback posts.

On Wednesday, Avneet Kaur stunned her followers on IG with a scintillating post, she pulled up a white cropped cutout bralette top that had full sleeves and paired the top with denim shorts, the stylish top that comes from the brand Lea Clothing Co.

Besides that, Avneet has also got some new tattoos, one on the thighs that says “Every flower must grow through dirt”, the other one beside the stomach had a flower design, and she also got one on the back.

Avneet was glowing as always and her dark red lipstick was looking really attractive. Meanwhile, Avneet will make her lead debut in Bollywood with the movie Tiku Weds Sheru, the movie is produced under Kangana Ranaut‘s production house and will be released on Amazon Prime Video; Avneet will be seen alongside actor Nawazuddin Siddiqui in the movie.

Previously, Avneet has worked in several Bollywood films as a child artist, she made her debut in 2014 with Mardaani; her last Bollywood appearance was in Mardaani 2 which was released in 2019. Fans of Avneet are eagerly waiting to see her back on the silver screen.