The popular social media influencer Avneet Kaur is one of the h*ttest divas in Bollywood and will soon be making her lead debut. 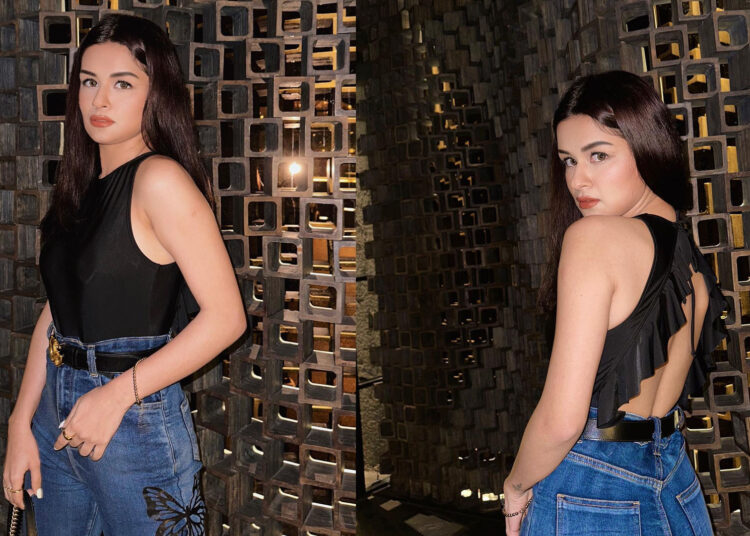 Finally, Avneet Kaur is back in India after a long vacation in Dubai, the young diva spent an amazing time in the city of gold and added up to the temperature of the country with some ravishing posts.

Avneet is a style icon and being one of the top social media influencers in the country, she makes sure to move in fashion all the time.

From Louis Vuitton to Dior, the s*xy diva carries all the luxurious brands with her wherever she goes and Dubai was no different this year, last year Avneet was on a vacation spree as she lighted up the streets of Osaka in Japan, and did some really expensive shopping while she was in Turkey, had a blast in Maldives and visited multiple states in India, she is truly enjoying the fruits of her hard work.

Now, since Avneet Kaur is back, she announced her arrival in the s*xiest way possible, the diva took to her Instagram and dropped a post in which she was wearing a black backless top with blue high-waist denim jeans that had butterflies printed over it, she also pulled up a Gucci belt with the denim and finally the black Louis Vuitton boots completed her look and overall she looked drop dead gorgeous.

Now, this year is going to be a very special one for the 21-year-old star, Avneet will be making her long-awaited Bollywood debut in a lead role alongside the veteran actor Nawazuddin Siddiqui, the film is titled Tiku Weds Sheru and it has been produced under Kangana Renaut‘s production house.

Although there is no official date for the release, the movie will most probably be released in May this year exclusively on Amazon Prime Video.