Dragon Age: Absolution will be the largest Dragon Age animated series to date, joining its predecessors Warden's Fall (2010) and Redemption (2011). 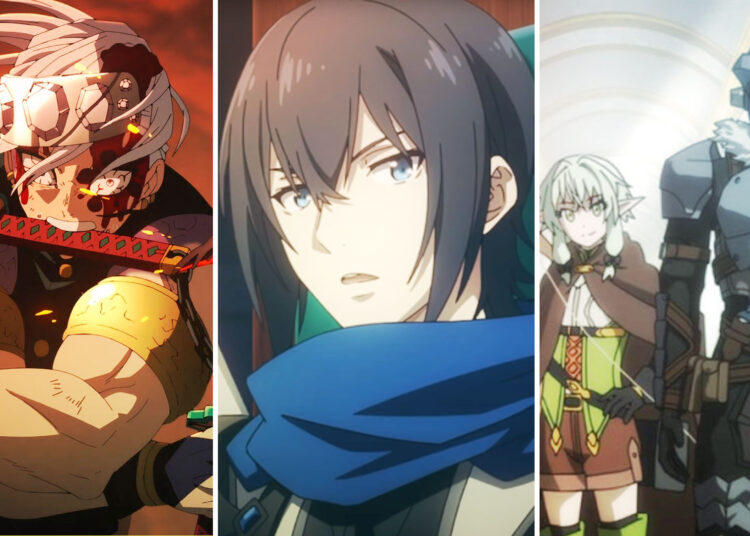 Mairghread Scott, who had worked as a writer for the Disney XD animated program based on the Guardians of the Galaxy, is the one responsible for the story of Dragon Age: Absolution.

There is a tremendous amount of excitement surrounding this anime, despite the fact that it has not yet been made available to the public. So, here in this article, we will discuss some animes which are similar to “Dragon Age: Absolution.”

Following is a list of the top 10 anime that are similar to Dragon Age: Absolution:

The light novels with the same name served as the basis for the anime Goblin Slayer. In October 2018, the anime had its world premiere. White Fox is the company behind the anime.

Goblin Slayer follows Goblin Slayer as he assembles a motley gang of individuals—a High Elf Archer, a Dwarf Shaman, a Lizard Priest, and a Priestess—to fight a band of goblins under the command of the Goblin Lord, an artificially intelligent leader.

The Claymore anime is adapted from Norihiro Yagi’s manga of the same name. The episodes are created by Madhouse Studios and directed by Hiroyuki Tanaka.

The anime chronicles the exploits of Clare, a half-human, half-Yoma hybrid known as a Claymore, and her companions as they struggle to survive in a world populated by Yoma or shape-shifting demons.

Based on the same-named manga series by Kentaro Miura, Berserk is a Japanese anime television program.

Critics have praised Susumu Hirasawa’s soundtrack, characters, environment, and storytelling in the well-received anime Berserk. Berserk depicts the narrative of Guts and Griffith, the head of the Falcon Troop, a band of mercenaries working for the kingdom of Midland.

One of the best anime series of 2019 is, without a doubt, Demon Slayer: Kimetsu no Yaiba. Demon Slayer stands out from the rest of the anime crowd in 2019 thanks to its stunning visuals created by the animation studio Ufotable, fascinating plot, and endearing characters.

The story revolves around teenage Tanjiro Kamado, who aspires to kill demons after witnessing the murder of his family and the transformation of his younger sister, Nezuko, into a demon.

Hiro Mashima is the author and illustrator of the Japanese animated series Fairy Tail. From August 2006 to July 2017, it was published in Kodansha’s Weekly Shonen Magazine.

Lucy, a celestial wizard, makes friends with Natsu, a wizard who specializes in killing dragons. Together with other Fairy Tail guild members, they set out on a variety of paid missions to combat crime and wrongdoing.

The Japanese anime television series Rurouni Kenshin, often known as Samurai X, is based on the Nobuhiro Watsuki manga series of the same name.

Numerous times, Rurouni Kenshin has been counted among the top 100 series in Japan. Himura Kenshin, the main character of the anime, wanders through Japan before arriving in Tokyo. He gets attacked there by Kamiya Kaoru, a young woman.

Aneko Yusagi is the author of the Japanese isekai light novel series The Rising of the Shield Hero. The anime centers on a man who is only given a shield and is chosen to be one of the world’s greatest defenders.

However, after being cruelly betrayed, he struggles to rebuild his reputation while battling evil with a select group of devoted companions.

Due to Faron’s failing health and a struggle for control between the two heirs to the throne, Brune is on the verge of civil war.

Rifujin na Magonote and Shirotaka are the authors and illustrators of the Japanese light novel series Mushoku Tensei.

The series centers on a hopeless and unemployed man named Rudeus Greyrat, who dies after leading a depressing and reclusive existence and then reincarnates in a fantasy realm while retaining his memories.

The Japanese visual novel Fate/Stay Night was created by Type-Moon and was first made available to the public on January 30, 2004, for Windows as an adult video game.

The story revolves around Shirou Emiya, a teenage wizard who joins the Holy Grail War, a conflict between “Servants” a warriors. Shirou forms a relationship with a different heroine over the many paths, and he faces off against a variety of enemies throughout the war.