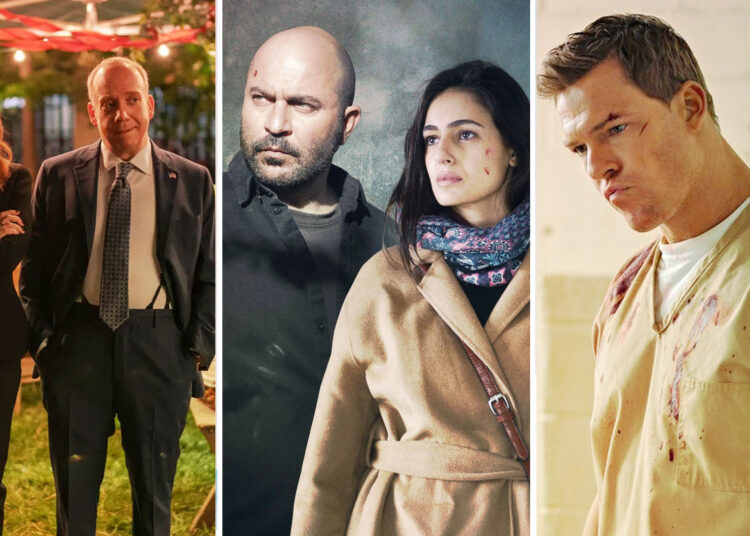 The upcoming adventure fiction Netflix series ‘The Recruit’ is set to arrive on the popular streaming site on December 16 in 2022. The plot of the series revolves around an inexperienced CIA lawyer who gets entangled in a series of dangerous international political plays.

But things get changed when an ex-asset resurfaces to expose her relationship’s nature with the agency if they do not clear her name.

Following is the list of tv series that viewers can watch while waiting for the arrival of ‘The Recruit’ on Netflix on December 16.

Graham Roland and Carlton Cuse created the American political action thriller series that is based on Tom Clancy’s fictional characters of Ryanverse. The titular CIA agent Dr. Jack Ryan is played by American actor John Krasinski who becomes the fifth actor to portray the character.

Fauda is a critically acclaimed Israeli tv series that is developed by Avi Issacharoff and Lior Raz. Their experience in Israel Defense Forces is used as an influence for the series.

The plot revolves around a commander in the Mista’arvim unit named Doron and his team. Lior Raz portrayed Doron in the series. It premiered on February 15, 2015.

The Spy- Number of Seasons: 1

Gideon Raff directed the French espionage miniseries that is based on the life of Eli Cohen, Israel’s top Mossad spy. The plot is set in the years that lead to the Six-Day War between Syria and Israel in 1967.

Sacha Baron Cohen portrayed the character of Eli Cohen in the series and received a Best Actor nomination in Miniseries or Television Film. The series was released on September 6, 2019, on Netflix internationally.

Alan Ritchson portrayed the character of Jack Reacher in the series. The series premiered on February 4, 2022, on Amazon Prime Video.

Steven Moffat and Mark Gatiss have created the mystery crime series based on the world-famous fictional detective of Sir Arthur Conan Doyle.

Benedict Cumberbatch and Martin Freeman portrayed Sherlock Holmes and Doctor John Watson respectively in the series. The series ran from July 25, 2010, to January 15, 2017.

Billions is a Showtime tv series that revolves around Bobby Axelrod, a hedge fund manager’s accumulation of wealth and power by the means of illegal tactics which is attempted to prosecute by United States Attorney Chuck Rhoades.

Damian Lewis and Paul Giamatti portray Axelrod and Rhoades respectively in the series. The series premiered on January 17, 2016. A seventh season has been renewed in February of 2022.

This is an American-Colombian crime series that focuses on Colombia’s drug kingpin Pablo Escobar and his interaction with the agents of the Drug Enforcement Administration in the first two seasons and the latter’s effort to shut down the rise of Cali Cartel in season three.

This is CBS‘ military drama series that revolves around a sub-unit of Navy SEALs’ most elite unit called the Bravo Team as the team members embark upon dangerous missions that affect their families hugely. The series premiered on September 27, 2017.

The Blacklist- Number of Seasons: 9

Jon Bokenkamp created this American thriller series that revolves around an ex U S. Navy officer turned high-profile criminal named Raymond Reddington, known as Red as he surrenders to the FBI demanding immunity from prosecution in exchange for assisting the FBI in chasing down the most dangerous criminals of the world whose names are written on his list.

For this Red has to work with Elizabeth Keen, FBI criminal profiler. James Spader and Megan Boone played the roles of Red and Elizabeth Keen or Liz in the series. The series premiered on September 23, 2013, on NBC.

Sam Esmail created this drama thriller that revolves around a cybersecurity hacker and engineer Elliot Alderson who suffers from a social anxiety disorder, dissociative identity disorder, and clinical depression and who is recruited to join “society”, a group of hacktivists by Mr. Robot who is an insurrectionary anarchist.

Rami Malek and Christian Slater respectively portrayed Alderson and Mr. Robot in the series. The series received a number of accolades and ran from June 24, 2015, to December 22, 2019.