In Wavetale, ride the wave and explore what's hidden in the depths! 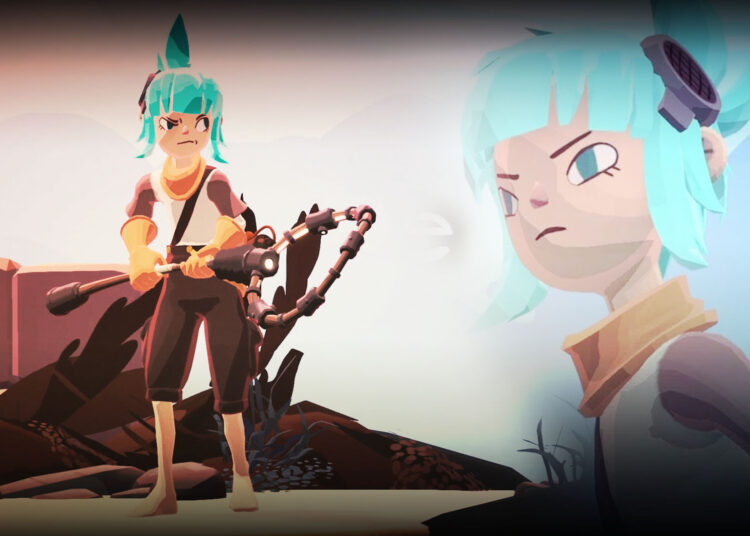 When Google pulled the plug on Stadia, some publishers’ work went down with the ship. Unfortunately, certain games will be left behind because they were created specifically for Stadia. Thankfully, Thunderful Games and Zoink Games’ Wavetale have transitioned to consoles and PC.

Wavetale was initially released as a “First on Stadia” game, which meant that it would be exclusive to Google’s service for some time before being permitted to spread its fins & swim to competitors for greater reach.

However, by December 12, 2022, it will be available on PC, PlayStation 4, Xbox One, Xbox Series X|S, Steam, PlayStation 5, and even the Nintendo Switch.

Wavetale is set where major cities have been submerged under the sea. The protagonist of the story is a young child named Sigrid, who lives on an island alongside her grandmother.

They must continually power a lighthouse to clear away Gloom, a wall of gloomy pollution. After a large wave of Gloom rolls over their island, Sigrid encounters a mysterious person who grants her the ability to walk on water.

She then uses her newfound power to seek a means to prevent the Gloom from destroying her home and the neighboring islands.

Wavetale is likewise set in a flooded area and focuses on exploration; it is a much more action-packed adventure with some combat mixed in. The gameplay in Wavetale is basic. The fights and jumps require relatively little of you, and if something fails, the game instantly forgives you.

Please don’t interpret this as a criticism of the developer; instead, it’s one of the most refreshing aspects of playing Wavetale.

Exploration is also effortless since players are directed by an overhead compass in-game to their following goals. Aside from surfing, players may swing to difficult-to-reach areas and glide using Sigrid’s net, which will be helpful for specific missions.

The combat in this game is really simple. Players can use light and heavy strikes, which they employ to slay the enemies in the game. Aside from enemies, players will face considerably larger bosses that need direct fighting and platforming to defeat. Because Sigrid’s primary weapon is a net, the variation in the fights is relatively limited – it’s really about hitting it.

Furthermore, in four to five hours of playtime, Wavetale creates an intense game world with numerous sympathetic characters. The side tasks are simple and rarely go beyond fetch quests, where the things to be discovered are often hidden in the local surroundings.

A lovely, dismal world is the theme of the game. However, the central element of exploration is also incredibly peaceful.

Sigrid may walk out of the darkness on the ocean through her own shadow and glide straight across the waves, freeing you from your boat. You don’t have to worry about hazards here, and surfing to the next mission goal while admiring the scenery is very peaceful.