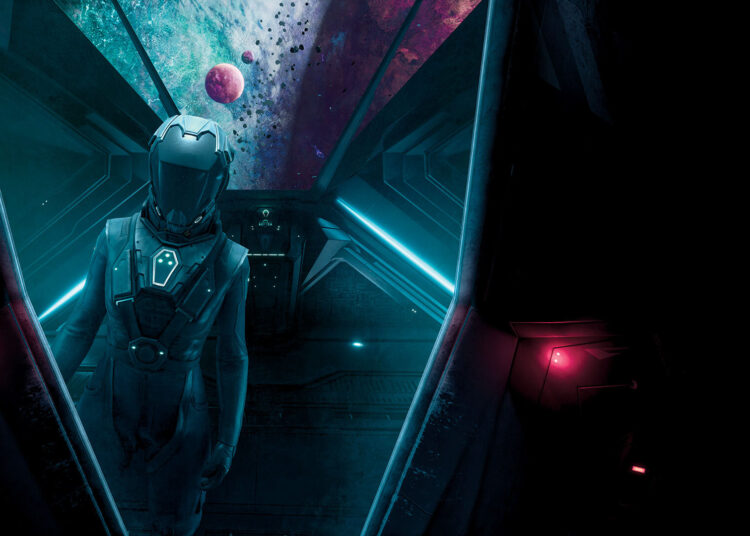 Hubris on PC: Cyborn, a Belgian 3D animation, and VR studio have officially announced the release date for one of the most thrilling VR action-adventure experiences available—one that doesn’t just talk about “moving the genre ahead” but one that has already proven it does the walk.

Price and Release date of Hubris on PC

Hubris, a sci-fi story that began with a fantastic demo at Gamescom 2022, will be available on various desktop VR platforms on December 7 for $39.99. Furthermore, it is set to be released in 2023 on Meta Quest 2, PlayStation VR2, and several other unnamed platforms.

Hubris begins with a brief introduction to a spacecraft. Then, an obstacle course will help you to know about the gameplay. Following that, a coworker briefs you on your missions and activates the hologram of a superior.

Swimming in virtual reality can be both beautiful and intuitive, and Hubris proved it. After landing, you immediately dive into the water and experience one of the VR game’s main specialties.

The controls are basic and simple to use: Swimming strokes propel you forward, and you may change your movements to reach higher or more profound. The water animations are fantastic and resemble a real dive.

Next, you must shove their tentacles into a blender to go past a gorge in the nearby cave. Finally, a rubber rope arrives, which you can use to bridge the gorge. Hubris expertly blends puzzle and adventure aspects in this initial portion.

Aside from the dives, you’ll climb rock walls, hop over stone platforms, explore a cave system, and tackle environmental puzzles. For the climbing portions, Cyborn depends on tried-and-true mechanics. As a result, the climbing in the demo is quite extensive.

To get a weapon, you must divert a horde of angry alien monsters with nibbles at the finale of your adventure. After that, you can fire the angered land piranhas, although the demo lacks any actual shooter action.

Hubris’ combat also seems quite natural, to the point that you blame yourself for missing your target. While the demo only showed training dummies and minimal, blob-like alien lifeforms, the entire game promises a diverse mix of fauna, humanoids, and mechanized enemies, each requiring a unique strategy to defeat.

We also need to discuss voice acting, which, to be honest, could be better. It’s a pity to watch Cyborn create such a unique and beautiful environment to have it wasted by the demo’s cheesy, badly-spoken lines. If the developer wants its new lore to be taken seriously, it will need to undertake another pass on this front.

Hubris now gives the sense that it has little innovation besides a stunning visual presentation.

It needs to be seen if Hubris can convince throughout the game’s six to eight-hour duration. Hubris must provide much more to be genuinely captivating. Nonetheless, we’re all eager to see what the plot, characters, and action parts have in store.