List of the ten films and their plot and primary cast members, most popular on Netflix right now 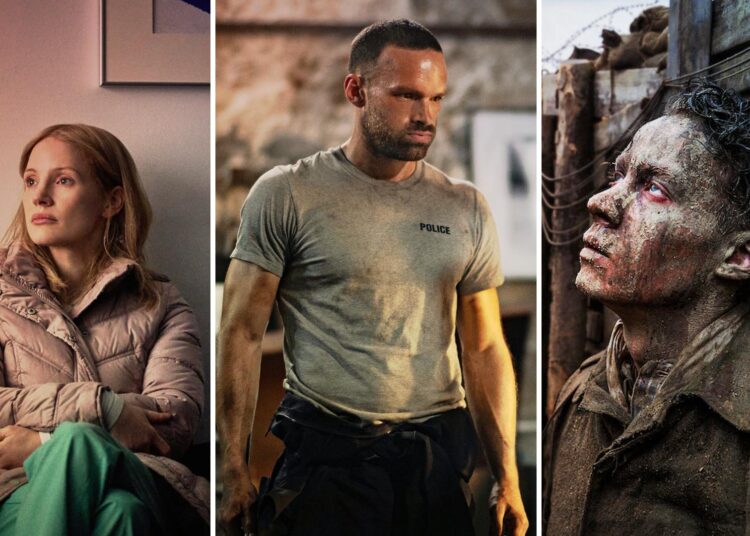 Netflix is the leading streaming site in the entertainment industry which every year brings hundreds of tv series and films for viewers to watch.

These include both new and old movies and shows leading the library of Netflix to consist of a plethora of items that belong to different genres. This year too a number of new movies have been released and have become the subjects of praise from both viewers and critics.

Some old movies that were released earlier have again surfaced at the top. And now near the end of 2022, we can get a pretty clear idea of the most popular movies on Netflix including both old and new movies.

One of the biggest news on Netflix this year is the return of Lindsay Lohan after a long time break. She has led the Christmas romantic comedy movie ‘Falling for Christmas’ co-starring with Chord Overstreet.

Lohan has played the role of a spoilt heiress Sierra Belmont who after losing her memory falls under the care of a down-on-his-luck widower with his daughter. The movie was released on November 10, 2022, on Netflix.

All Quiet on the Western Front-

This is a German epic anti-war movie that is adapted from the same named novel of 1929 written by Erich Maria Remarque. The movie is about a German soldier named Paul Bäumer who joined the army with the hope of becoming a hero.

But the Army shows him the actual reality of war. Australian actor Felix Kammerer starred in the movie in the role of Bäumer.

The movie is the submission to Germany for the 95th Academy Awards in the category of Best International Feature Film. It was released at Toronto International Film Festival on September 12, 2022, and on Netflix on October 28.

This year the sequel of the first ‘Enola Holmes movie was released on November 4. The young Holmes daughter whom we saw in the first movie embarks upon the quest of finding her mother and ended up helping a young lord Tewkesbury.

In the new movie, Enola is seen opening her own detective agency but finds it hard to receive clients as she is not taken seriously in this job for being a woman and having a much more influential older brother. But things change when a little girl from a match factory girl approaches her with the case of a missing girl.

Millie Bobby Brown has reprised her role as Enola Holmes in the new movie too with a lot of appraisals. The movie released on November 4, 2022, on Netflix.

This is a Czech historical movie about Bohemian military commander Jan Zizka who had a reputation for never losing a battle. American actor Ben Foster portrayed Zizka in the movie that was released on September 8, 2022, on Netflix.

Minions: The Rise of Gru-

This is the spin-off sequel of the American computer-animated comedy movie ‘Minions’ released in 2015. It is the fifth entry of the entire Despicable Me franchise. The movie is also known as ‘Minions 2’.

American actor Steve Carell and French animator voice actor Pierre Coffin have reprised their voice roles as Gru and Minions in the movie. It was released on June 13, 2022, at Annecy International Film Festival and on July 1 in the United States.

This is the first film emergence of Millie Bobby Brown in the role of Enola Holmes, a lively and highly intelligent girl brought up by an alone mother who gave her not only education but also lessons in self-defense and fighting.

But when Enola finds her mother missing one morning, she has to put to use everything that she had learned so far. The movie was released on September 23, 2020, on Netflix.

Guillaume Pierret has directed the movie which is the sequel to the action-heavy movie ‘Lost Bullet’ of 2022. In the film we see Lino and Julia forming a new unit of narcotics after the death of Lino’s brother Charras.

Lino becomes determined to hunt down the murderer of Charras. Alban Lenoir and Stéfi Celma star as Lino and Julia respectively in the movie. The movie was released on November 10, 2022, on Netflix.

It is a Spanish psychological horror mystery thriller movie starring Elena Anaya and is about a married couple who comes across a girl obsessed with a fictional monster. The movie released on September 9, 2022, on Netflix.

This is a Hindi language neo-noir crime comedy thriller movie starring Rajkummar Rao, Radhika Apte, and Huma Qureshi that is based on a Japanese novel by Keigo Higashino. The movie was released on November 11, 2022, ok Netflix.

Eddie Redmayne and Jessica Chastain have starred in this movie which is adapted from the same named true crime book of 2013 written by Charles Graeber. The movie was first released on September 11, 2022, at the Toronto International Film Festival and then released on October 19 in the United States.