Aggretsuko Season 5 Renewal Status, and Everything We Know So Far!!!

'Aggretsuko' is an original net animation that was released internationally by Netflix in 2018. 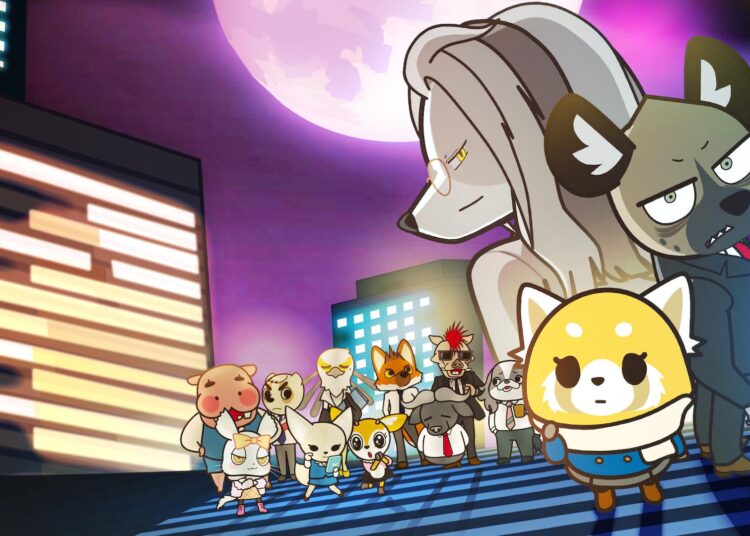 Aggretsuko Season 5 will be returning soon on Netflix. ‘Aggretsuko’ is an original net animation (often referred to as web anime in Japan) that was released internationally by Netflix in 2018.

The series is based on a character that was created by Yeti. The comedic series revolves around the main character, Retsuko the Red Panda, as she navigates the office politics of her condescending coworkers and her patriarchal boss, both of whom constantly downplay and degrade her contributions to the firm.

Everyone takes advantage of her goodwill, which only makes her situation worse due to her shyness and soft-spoken manner.

Retsuko finds a creative way to express her rage in response to the unjustified s*xism at work by singing death metal karaoke at a nearby club after work every night. Although it may come out as immature, it actually helps her let out all of her frustration and deal with her heartless coworkers.

The hilarious workplace drama, which has won accolades for its clever corporate satire and for addressing the issues facing millennial women on the job, deals with real issues.

Fans around the world are interested to learn whether their favorite series will return for the following seasons after the conclusion of its fourth season. If you’re wondering the same thing, here is all the information we currently know about Aggretsuko Season 5.

Aggretsuko Season 5 is scheduled to premiere on the streaming service sometime in February of 2023.

The precise date of release is still unknown. The creators made a broad announcement at the conclusion of the final episode of season 4 that included a promise about Aggretsuko’s return.

The streaming service has also stated that this will be the series’ final season, and the cast and crew from the previous four seasons will all be back. It implies that Rareko will be back to helm FanWorks’ final episodes.

Who Will Be Cast In Season 5 Of Aggretsuko?

There is a good chance that the previous cast will also appear in the upcoming season. Naturally, Retsuko and Haida, who are both portrayed by Kaolip (with Rarecho providing the death metal vocals), as well as Fenneko, Director Gori, Ms. Washimi, and Director Ton, Tsubone, and Anai, will return.

Depending on the nature of the story in the upcoming season, we might also encounter new characters.

In season 4, Retsuko and Haida’s deteriorating relationship is the main subject of the series. Despite their obvious differences, the protagonist was there to console him when he needed it most, even if the former is still mystified by the latter’s unexplainable insecurities.

However, when Retsuko lashes out at Haida in the season finale after she and her friend discover proof of fraud, things once again take a turn for the worst. Haida soon acknowledges his role in defending Retsuko’s behavior.

Although the fourth episode of the series focuses on the protagonist’s relationship with Haida as it continues to deteriorate, we can anticipate that things will get back on track for them when the fifth season of the series premieres.

However, Retsuko’s coworkers will continue to criticize her while she finds fresh approaches to combat casual s*xism.

Fans should continue to be certain that the series will be just as funny and enjoyable as it has always been, even though it is difficult to predict how exactly things will turn out in the upcoming season.

There is not yet an official trailer that has been released. An amusing trailer will be released as soon as the premiere date for Aggretsuko season 5 is announced.

It is hoped that this will take place sometime around the end of December 2022 or the beginning of January 2023. As a result, we might have to wait a little longer for the news, but it is certain that it will be worth the wait.

Where Can You Watch Aggretsuko Season 5?

Aggretsuko is a Netflix anime, so in February 2023, Aggretsuko season 5 of this series will also be available on Netflix. So, if you want to watch every season of Aggretsuko, it’s easy to do so on Netflix.

More About The Series  Aggretsuko

The anime television series Aggretsuko is highly recommended for watching. It will entertain you and instruct you on how to overcome social anxiety and attempt to blend into a new environment.

The series has amazing ratings and reviews, is sufficiently well-liked, and is a terrific pick to watch. The series has an IMDb rating of 8/10 and a rotten tomatoes score of 100 percent.