The young actress Avneet Kaur has ruled over a decade in the television industry and now aiming to be a star in Bollywood. 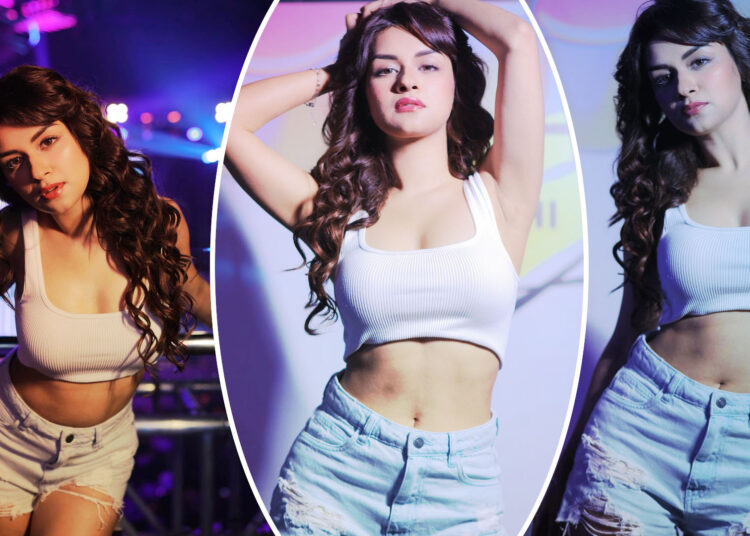 Avneet Kaur is currently the most popular young actress in the Bollywood industry, the 21-year-old gorgeous diva became a social media sensation during the times when TikTok was one of the most popular platforms in India, which was later banned by the government.

Avneet is an amazing talent and she is blessed with impeccable beauty and charm, she has been winning hearts right from her childhood; she made her debut in the entertainment industry back in 2008, and initially, she wanted to be a dancer, so she participated in multiple dance reality shows like Zee TV’s Dance India Dance Li’l Masters followed by another dance reality show Dance Ke Superstars.

Her cuteness led her to gain huge popularity and then she started to receive multiple offers in television shows, some of the popular shows that she has done in her career include Life OK’s Meri Maa, Tedhe Hain Par Tere Mere Hain on SAB TV, Ek Mutthi Aasmaan on Zee TV and the most popular one is Aladdin – Naam Toh Suna Hoga.

It would be surprising for y’all to know that Avneet has also been part of 7 movies and the popular ones include Mardaani, Qarib Qarib Single, and Mardaani 2.

From the time she became famous on Tiktok, she started getting offers for music albums, and from 2019 till now, she has done 20 music videos and all of them have millions of views on YouTube.

Currently, Avneet is focusing on her acting career and seeking projects in Bollywood, one more thing that she is doing quite impressively these days is posting some breathtaking photos on her Instagram page.

In a recent post Avneet Kaur posted a photo wearing a cropped white bra vest and blue ripped denim shorts by clothing brand FREAKINS, she was looking gorgeous in the outfit and her sensual avatar was full on display, with perfect abs and perfectly toned legs were the highlight of the post.

Further, she paired her look with comfortable Steve Madden shiny silver boots which gave her a perfect appearance.

Meanwhile, on the work front, Avneet will next be seen in an upcoming Bollywood movie Tiku Weds Sheru alongside Nawazuddin Siddiqui, the movie will be released on Amazon Prime Video under Kangana Ranaut production house.