One of the most awaited Halloween party by SM Entertainment has been cancelled with response to Itaewon tragedy. 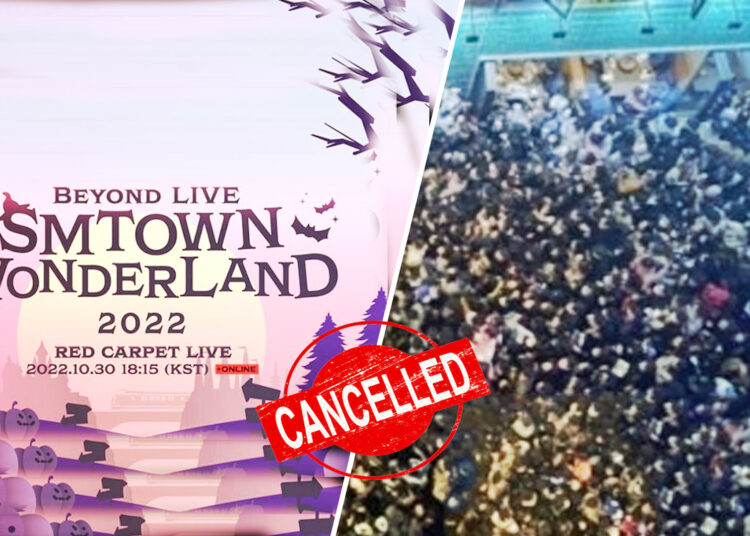 On October 30, SM Entertainment was all set to host the Halloween party “SMTOWN Wonderland 2022” but now it has been canceled keeping in mind the tragedy that happened in Itaewon.

Earlier the agency was going to live telecast the red carpet for its SMTOWN Wonderland.

It was going to be streamed online for the first time in all these years but suddenly the agency announced that not only the live stream but the entire Halloween party by SM Entertainment has been canceled.

The agency has given an official statement,

This is SM Entertainment.

We regret to tell you that the live stream of the “SMTOWN WONDERLAND 2022” red carpet, which was slated to be available to KWANGYA CLUB ACE members for free today on the global platform Beyond LIVE for roughly one hour starting at 6:15 p.m., has been canceled.

There won’t be a broadcast of the red carpet either because the “SMTOWN WONDERLAND 2022″ event has been canceled. We ask for fans’ understanding.

Similarly every year the artists of SM Entertainment were going to dress up for the “SMTOWN Wonderland” Halloween party this year as well but the sudden announcement of the cancelation of the event has broken many people’s hearts.

It is assumed that the Halloween party has been canceled as per the incident that happened in Itaewon.

Thousands of people gathered to take part in the festivities of the forthcoming Halloween Day on the night of October 29, which turned Halloween celebrations in the Itaewon neighborhood of Seoul, South Korea, tragic.

According to accounts, there were roughly 100,000 people in the Itaewon neighborhood at the time the stampede started, and the police started getting reports of cardiac arrest and missing persons from those out to celebrate the first Halloween weekend without a mask in three years.

In the Itaewon area of Seoul, Halloween celebrations resulted in at least 146 fatalities and 150 injuries when a big crowd was crushed. We wish the injured people a speedy recovery and condolences to the past ones.