After a certain number of years, the Halloween party by SM Entertainment is going to be held offline. 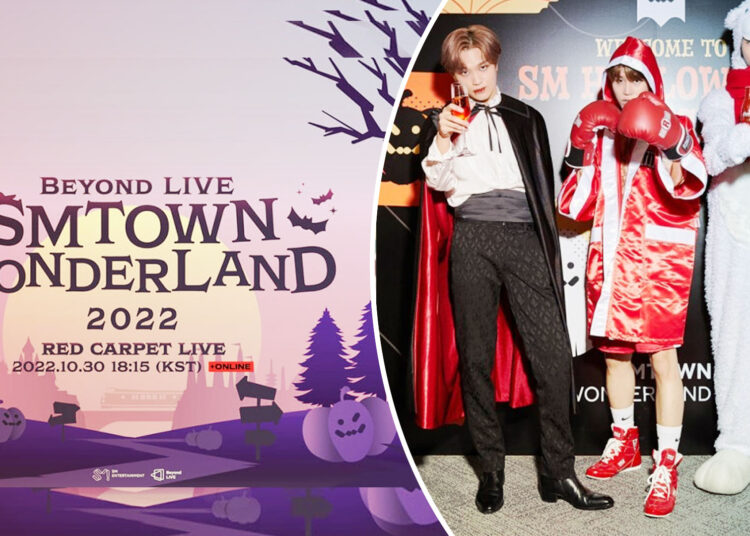 For the first time in three years, “SMTOWN Wonderland 2022” is back as a live event this year. Each artist will get the opportunity to display their amazing Halloween costume at a red carpet event which will take place before the private party on October 30 starting at 6:15 PM KST.

All SM Entertainment artist fans with an “SM ARTIST OFFICIAL FAN CLUB – ACE” membership will be eligible to receive free passes for the red carpet Livestream. In addition, according to SM Entertainment, for the fans who do not currently hold an official fan club membership, tickets will be offered until October 30 at 5:45 p.m. KST “to new ACE members who join from now on.”

The agency also stated that if not all the members of the SM Entertainment group, at least one member from each group should attend the event. SM Entertainment has also posted on their official Instagram the poster for SMTOWN Wonderland 2022 along with the details.

On October 31, the night before the Western Christian holiday of All Hallows’ Day, Halloween is celebrated by many countries. It marks the start of Allhallowtide, the season of the liturgical year when the dead are remembered, including saints, martyrs, and all those who have passed away.

There are a number of activities that are performed on the day of Halloween. Some of them include trick-or-treating (or the related guising and souling), lighting bonfires, apple bobbing, attending Halloween costume parties, visiting haunted attractions, carving pumpkins into jack-o’-lanterns, divination games, playing pranks, telling scary stories, and watching horror or Halloween-themed films.

In addition to being a record label, SM Entertainment also acts as a talent agency, a music production company, an event management and concert production firm, and a music publishing house.

With early international success like H.O.T., S.E.S., and BoA, SM Entertainment is renowned for having led the worldwide K-pop concept and the musical side of “Hallyu”, also known as the “Korean Wave.”