Hailey Bieber Was Seen Smiling After Kanye West Trolled Her.

After getting trolled by Kanye West, Hailey Bieber was seen in blue crop top and baggy pants! 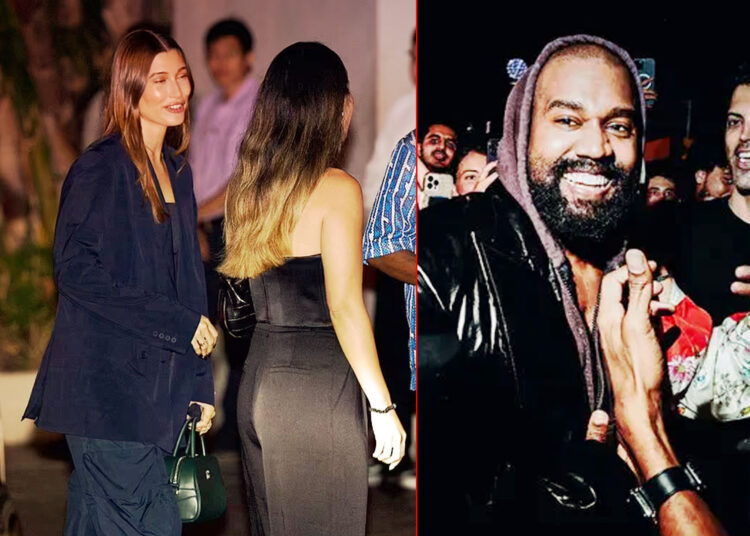 Hailey Bieber Was Seen Smiling Amid Trolling Made By Kanye West! Many things are happening in Hollywood full of drama but when it comes to the way celebrities are responding then most of them are ignoring these things rather than responding to them.

Whether it is related to the drama of Kanye or other people that has dragged many celebrities into it, most of them are ignorant of these tantrums of the rapper.

Among them is Hailey Bieber who has ignored all the drama of Kanye West and was seen smiling. It was recently when the model stepped out in a crop top after being trolled by the rapper.

The 25-year-old Hailey Bieber was recently seen visiting West Hollywood on Thursday. She was looking beautiful as ever and was ignoring all the drama of Kanye West. The model was seen wearing blue pants and a blue crop top while matching a blue blazer.

Here you can check out some recent pictures of Hailey Bieber.

The makeup of Hailey Bieber was also to the point as she was accessories in almost nothing but rings. Her hair was shining brightly in red color while she was seen smiling.

The model who recently turned into a skincare guru has a lot of things going on in her mind. But ignoring all these things she went effortlessly on an LA outing. She was also seen having a green purse in her hand.

Hailey Bieber was looking very glowing and glossy in that dress. And natural glow with glossy eyes was perfect for the night.

Talking about the things on which Hailey Bieber is right now focused then it is her career and her husband’s health. She just wants to take everything simple in her life as a lot of things are already going not so well.

It was recently when her husband Justin Bieber canceled his Justice World Tour because of some health issues. When it comes to his response to the drama of Kanye West then he felt quite shocked.

Justin Bieber and Kanye West have been friends for years and that is the reason why he never thought that Kanye West would be dragging his wife into all these things.

But since Kanye West has decided to dig into the past by putting the rumored romance between Drake and Hailey Bieber then Justin Bieber went very angry and wanted to give a reply. He somehow controlled it because his reply would be adding fuel to the drama of Kanye West and he would be getting more attention.