This November, Netflix will offer the entire season 4 of the well-known series "Manifest" to viewers worldwide. 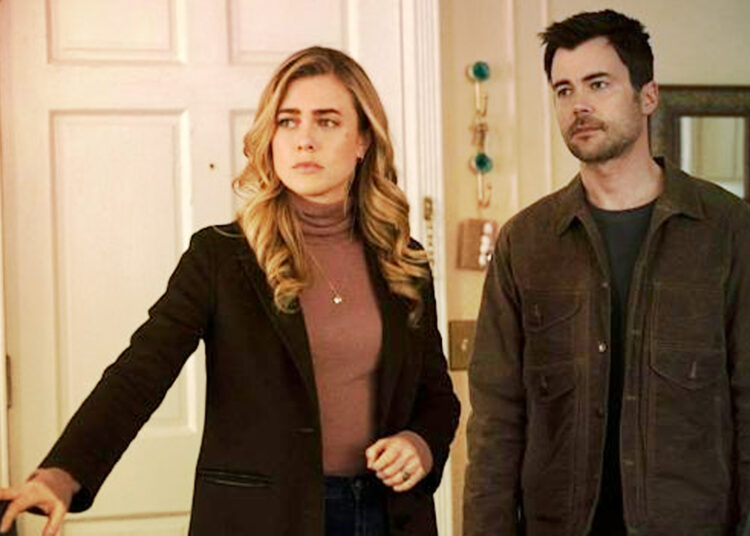 If you are willing to know about Manifest Season 4 you have come to the right place.

The supernatural drama “Manifest,” produced by Jeff Rake for NBC, centers on Montego Air Flight 828, which mysteriously reappears in New York after going missing for five and a half years.

The show follows the lives of the passengers, who were thought to have died, and the transformations they go through as they start to hear guiding voices and see visions of the future. These voices and visions, sometimes known as callings, assist them in solving the mystery surrounding the airplane as well as the future.

When it debuted on September 24, 2018, “Manifest” only received negative reviews from reviewers, but audiences were attracted by the show’s powerful supernatural storyline and how the mystery developed.

Over the course of three seasons, the show has maintained an atmosphere of suspense for the audience, who have been patiently waiting for a new season to answer the stack of bewildering questions they have accumulated.

Here is everything that we know about the upcoming fourth season of ‘Manifest,’ which will be the show’s final season and will focus on unraveling the mystery of Flight 828.

This November, Netflix will offer the entire season 4 of the well-known series “Manifest” to viewers worldwide.

The long-awaited fourth season of “Manifest” will begin streaming on Netflix for subscribers on November 4, 2022. The supernatural drama series from America will end this season. The fourth season of Manifest’s premiere date was confirmed by Netflix, along with the release of a trailer for the same.

The supernatural drama’s fourth season will be released in two parts, each with ten episodes. In September 2018, the program’s first episode was broadcast for the first time.

Additionally, the third season of “Manifest” debuted on NBC on April 1, 2021, with the season finale airing on June 10, 2021. Thirteen episodes, each with a runtime of 42 to 49 minutes, make up the third season.

On September 24, Josh Dallas and Melissa Roxburgh attended Netflix’s TUDUM fan event to reveal the startling official teaser for Manifest season 4 part 1. The video below features the incredible first-part trailer for the show.

The majority of the main cast members will return for “Manifest’s” fourth season. The cast consists of:

1. Melissa Roxburgh will play the role of Michaela Stone

2. Josh Dallas will play the role of Ben Stone

3. J. R. Ramirez will play the role of Jared Vasquez

4. Luna Blaise will play the role of Olive Stone

5. Parveen Kaur will play the role of Saanvi Bahl

6. Matt Long will play the role of Zeke Landon

7. Holly Taylor will play the role of Angelina Meyer

8. Ty Doran will play the role of Cal Stone

9. Daryl Edwards will play the role of Robert Vance

Manifest Season 3 concludes with a stunning twist when Cal sacrifices himself to prevent Project Eureka from examining the tailfin. Ben and Vance are shocked as he touches the tailfin and vanishes.

Eagan, Randall, and Adrian are released from prison and begin planning a revolt against the government because they feel like they are being targeted by the authorities.

Angelina, who is looking for her guardian angel, gets recruited. Grace is stabbed by Angela as she breaks into her home and tries to take baby Eden with her.

In his adolescent years, Cal reappears in front of Grace just before she passes away and claims that he knows what to do. In the third season’s finale, Dr. Gupta sees Flight 828 land at the project base before it vanishes seconds later.

It is anticipated that Season 4 of ‘Manifest’ will pick up from Cal’s return as a teenage boy, as the mystery behind his growth will be the key to understanding the causes behind the mysterious happenings that influence the lives of the passengers.

In other words, the passengers’ lives will be determined by supernatural events. The fourth season will also focus on Angelina’s journey as she departs with Eden, supporting Michaela’s original vision.

It will also be intriguing to watch how Adrian will fight back against the authorities now that Eagan and Randall are in custody. The airliner’s brief presence and then disappearance in front of Dr. Gupta will be crucial in understanding how the timelines in the show are connected.

With so many unanswered questions, concerns, and puzzles, the fourth and final season will be a challenge for creator Jeff Rake and his writers.