The series was purchased by Netflix in April 2021 after a competitive bidding war. The show at the time was referred to as an espionage drama but had no official name. 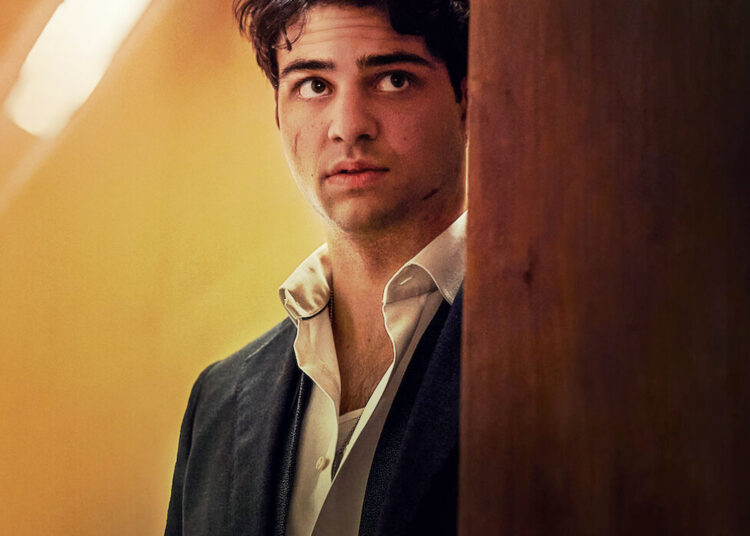 On December 16, 2022, Netflix will release the first episode of the Noah Centineo CIA limited series, now titled The Recruit.

The series was purchased by Netflix in April 2021 after a competitive bidding war. The show at the time was referred to as an espionage drama but had no official name.

The creator of the new show is Alexi Hawley, who is also known for working on Castle and The Following in addition to creating shows like the police drama The Rookie and State of Affairs.

Violet is played by Aarti Mann, Terence by Daniel Quincy Annoh, Walter Nyland by Vondie Curtis Hall, Janus Ferber by Kristian Bruun, Max by Laura Haddock, Lester by Colton Dunn, and Hannah by Fivel Stewart round out the main cast.

Angel Parker, Linus Roache, Byron Mann as Xander, and Kaylah Zander as Amelia are some of the guest stars. Along with Centineo, Doug Liman of Hypnotic, Gene Klein, David Bartis, Adam Ciralsky (P3 Media), Charlie Ebersol, and Doug Liman of Hypnotic, Hawley served as the show’s executive producer and showrunner. The company is eOne.

What’s the plot of the upcoming series?

Noah Centineo is dragged by “The Recruit” into the dangerous world of espionage, away from teenagers and their romantic relationships. He plays the role of Owen Hendricks, a young attorney who works for the CIA.

Hendricks discovers a letter written by a former CIA agent named Max Meladze (Laura Haddocks) in his first week of work. The letter offers an ultimatum: either they clear her of a crime she has been charged with, or she will reveal the agency’s secrets.

Hendricks has to travel the globe and climb the ranks of power to uncover the truth because the story is set within a secretive organization. We don’t know much about “The Recruit,” but once the premiere date approaches and a trailer is released, we’ll know more about the show’s plot.

We can see a cut across Centineo’s face in the sole image shared during Netflix’s Tudum event, hinting that there are likely some spies involved and lurking in the shadows. It’s a CIA production, so you expect suspense and intrigue.

What number of episodes will the future series have?

Deadline has officially confirmed that the limited series will have eight one-hour episodes.

What stage of the series production is it at?

Production on the upcoming Netflix limited series is scheduled to begin in Montreal, Canada, in October 2021, according to Production Weekly.

The aforementioned production ran from March 28th, 2022, until October 25th, 2021. It was filmed all over, including in Montreal, Quebec, and Los Angeles, California.