Kendall Jenner believes in astrology and recently took it a step further by getting a giant scorpion tattooed on her butt. Its meaning is based on the fact that the model is a Scorpio since she was born on November 3.

by Masina Sher Khan
Reading Time: 2 mins read
A A
1 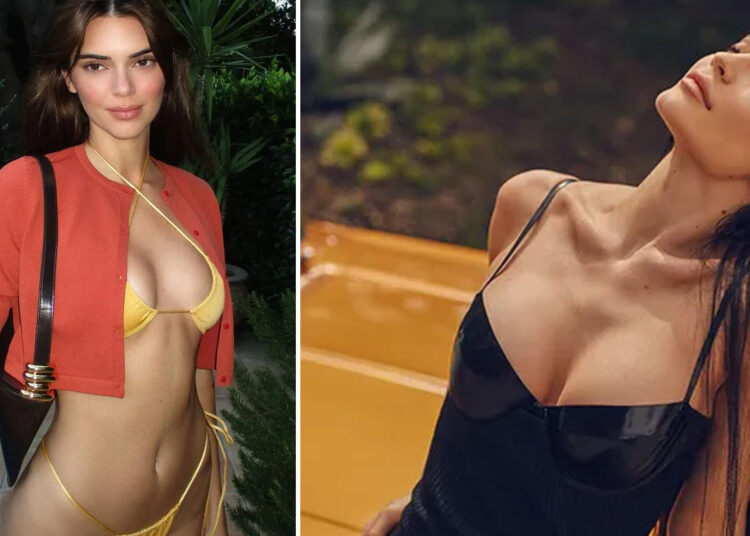 Kendall Jenner Update: At the end of last month, Jenner covered The Pop Mag as Stevie Dance’s muse, showing a different side of herself. The top model debuted her new scorpion tattoo in a bikini alongside other snaps of her in her element.

Wearing a skimpy black bikini, Jenner leaned back against a white plastic chair protruding from one side of her hip. She stretched out her strong long legs and gave a partial view of her scorpion tattoo while her long black hair fell down her back.

According to a post by Dance, fans discovered that the tattoo was not real; instead, a make-up artist hand-painted it onto a magazine model. If it was, it would be a beautiful design.

Surprisingly, Jenner did not walk the runway at Paris Fashion Week or make an appearance as she was busy with other work. However, she has been feeding her Instagram fans by sharing her magazine pictures and promotional posts for her tequila brand, Drink 818.

Other images from the magazine included a close-up of Jenner’s face painted with natural makeup, a white face cap worn backward, and a video compilation of all the looks she’s served up for the magazine.

The highlight of each fashion icon’s career is ‘Life in Looks’ with Vogue, which takes them down memory lane of their evolution in the world of fashion. She recalled her first fashion show with Marc Jacobs in 2014, where she walked the runway in a see-through top that showed off her nipple. Jenner said she’s comfortable and doesn’t care.

That same year, Jenner made her debut at the MET Gala, borrowing makeup and jewelry from her veteran older sister, Kim Kardashian, to look the part.

The fashion community lost Virgil Abloh last year, which hurt many of his friends, including Kendall Jenner, whom he escorted to the MET Gala in 2016. She said he chose the white jumpsuit for her because it fit her style she says she’s a tomboy at heart.