Ben Affleck was seen with children, Seraphine and Emme, for Halloween shopping! 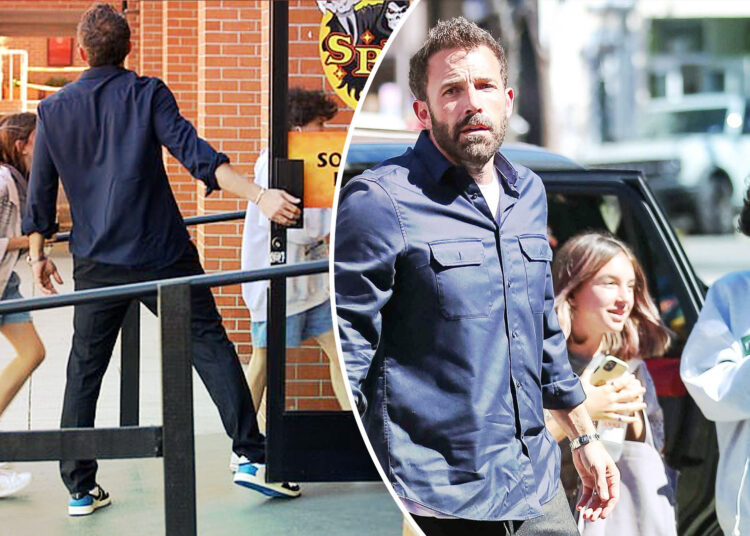 Ben Affleck Was Seen With Kids While Shopping For Halloween! It is almost Halloween after some days and we are going to have the best of all the celebrity’s looks that will amaze us. And that is the reason why the preparation for Halloween has started among celebrities.

Some of them even got spotted while shopping with their children and their loved ones. Among them is the actor Ben Affleck who was seen with his children while going on a Halloween shopping trip.

The 50-year-old actor Ben Affleck was recently seen having a little shopping for Halloween with his two kids on 24 September 2022. The actor was seen walking in and out of a shop that happened to be in Los Angeles. He was seen with his daughter Seraphina who is 13 years old and also his stepchild Emme who is 14 years old.

Both the children and daddy cool were looking very happy as they started smiling all through their way. While leaving the shops we have seen them with multiple bags that must be related to the Halloween theme.

Here you can check out some pictures of Ben Affleck with his daughters.

Emme has always gained headlines because of her looks and with no doubt, she has carried the same casual look that has become her signature. She was seen listening to some music as headphones were plugged into her ear. She was seen carrying some bags while the next child was also seen with the same bag.

This house has all the privacy they both have always wanted. And the most important point is that this house is almost 20 minutes away from the house of Jennifer Garner and that is the reason why it would be too comfortable for children. All the children are also going to have their rooms and that is the reason why the custom design has become a fun project for them.