Khloe Kardashian was seen being cozy with Michele Morrone at Dolce and Gabbana party!! 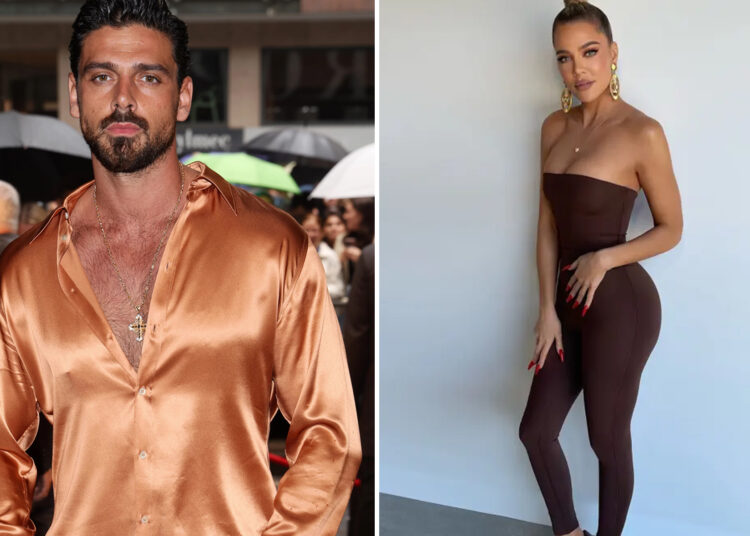 Khloe Kardashian Update: It is never too late to find the perfect love we always wanted in our life. It doesn’t matter with the age and also with the color we have and that is the reason why we have seen a lot of people finding their love and starting having the best of their life.

The 38-year-old reality star Khloe Kardashian was recently seen with 31-year-old Italian actor Michele Morrone. It all started with the backstage photos and videos of them where we have seen them being very friendly. Khloe Kardashian was there at the event because of her sister Kim Kardashian and her collaboration with Dolce and Gabbana.

Coming to the Italian actor then he is also one of the faces of this brand and that is the reason why they both were present at that event. All speculation started with a photo where the actor was seen putting his hand around Khloe Kardashian and later on hugging her.

Khloe Kardashian was seen in a black dress with sparkles and sunglasses while her hair was tied up in a bun. Coming to the actor then he was wearing a brown shirt and black pants while holding a wine glass in his hand.

The actor was looking directly into the eyes of Khloe Kardashian while the reality star was giving a perfect pose while hugging him.

Coming to Michele Morrone then he has appeared in many Netflix series and was seen in many films. Apart from being an actor, he is also a musician and model. Coming to personal life then he is a father of 2 children with his ex-wife named Rouba Saadeh.

He elevated when he signed some of the roles with Netflix and called it a major turning point in his life. He also agreed that the movie he has done with Netflix has given him the bulk of Instagram followers from 4000 followers to 2.6 million followers in just one night.

When comes the reality star Khloe Kardashian then she is also the mother of two children and recently welcomed the second one. She recently opened up about the difficult time she faced while having the second baby and handling the scandal of her ex-boyfriend Tristan Thompson.

Coming to the official announcement of their relationship then it has not been confirmed by any one of the parties. Although there are a lot of videos and photos that do confirm that something is cooking between these two.