List of movies and tv series in which Ryan Reynolds starred and he shook the world with his tremendous acting skills. 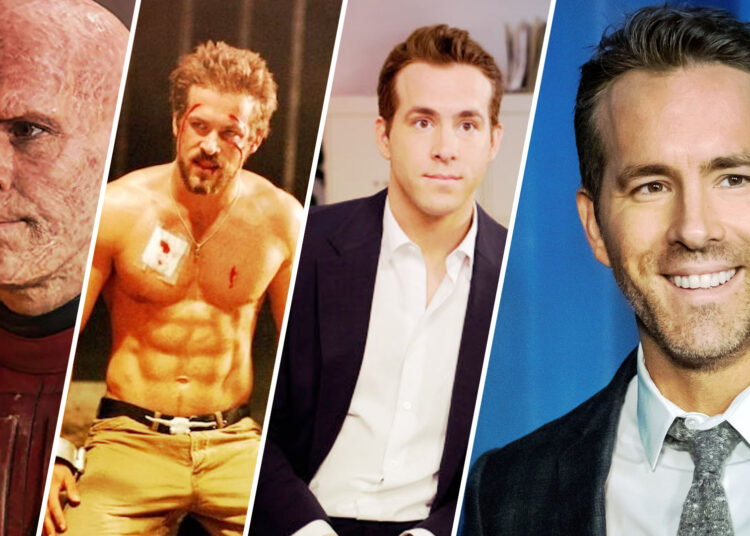 Ryan Reynolds is one of the most well-known actors in Hollywood. He is born in Canada and had his acting debut in the teen drama ‘Fifteen’. He has starred in MCU characters besides producing movies himself.

His roles in numerous films have made him a very commercially successful movie star. This article enlists the most notable film and tv series roles of Ryan Reynolds.

List of Films in which Ryan Reynolds has been cast in important roles:

Jeff Probst has directed this which is adapted from his original screenplay. The plot revolves around a winning lottery ticket of $6 million worth found accidentally by a man.

The role that Reynolds played in the film is of Quigley.

David S. Goyer’s superhero movie is based on a same-named MCU character. Wesley Snipes played the titular character of Blade and Reynolds portrayed the role of another MCU character Hannibal King.

This is a sci-fi psychological thriller movie casting Reynold as the three different lead characters in the three parts of the film. He portrayed a troubled actor named Gary in the first one, a TV writer named Gavin in the second part, and a Computer-Game designer named Gabriel in the last part.

This romantic comedy movie is directed by Adam Brooks and revolves around an ex-political consultant and his ten years old daughter whom he tells about his past relationships including that with her mother.

Reynolds played the role of the father William Matthew Hayes or Will with Abigail Breslin as the daughter Maya Hayes.

In this comedy-drama of Greg Mottola, Reynolds was cast in the role of Mike Connell co-starring with Jesse Eisenberg and Kristen Stewart in the lead roles.

This is a romantic comedy movie by Anne Fletcher and is starred by Reynolds in the lead role of Andrew Paxton, the assistant of a pushy editor-in-chief Margaret Tate, played by Sandra Bullock.

This Rodrigo Cortés’ survival drama in which Reynolds was cast in the lead role of Paul Conroy.

This superhero movie is about the titular Marvel Comics character and is a spin-off of the X-Men films. Reynolds played the role of the titular lead character in the movie.

In this sci-fi movie by Daniel Espinosa, that is about the first ever evidence of life on Mars discovered by six members of the International Space Station, Reynolds starred as the USA, ISS engineer Rory Adams co-starring with Jake Gyllenhaal and Rebecca Ferguson.

Shawn Levy has directed this action comedy movie starring Reynolds in the lead role of Guy or Blue Shirt Guy along with Jodie Comer, Utkarsh Ambudkar, and Lil Rel Howery in other roles.

In this recently released sci-fi action comedy centering on a time travel story of a father, Reynolds played the role of the titular Adam Reed who travels to the future and reaches the year 2050 and to the dystopian society in order to seek the reasons behind the disappearance of his wife and in doing this meets the younger version, Adam.

The teen series ‘Fifteen’ which is referred to as ‘Hillside’ in Canada is Reynolds Reynolds’ debut role. This is the only teenage soap opera on Nickelodeon.

A fifteen years old Reynolds starred in the role of Billy Simpson in the series.

This is an adventure-fantasy series for children in which Reynolds played the role of Macro co-starring with Illya Woloshyn, Ashley Rogers, Tony Sampson, and Mark Hildreth.

Two Guys and a Girl-

This is a sitcom of America that primarily revolves around some people in their twenty-something.

Reynolds played the role of Michael Eugene Leslie Bergen, referred to as Berg, who is a mischievous everyman, flaunts a boyish style, and is fond of creating chaos in his friends’ lives, especially Pete, played by Peter Dunville.

Adam Scott hosted this comedic physical game show featuring Reynolds as the commentator. In this reality show, competitors participate in teams of four.

They go through a number of tasks to reach their way up the final and win $100,000 at the end.

Reynolds is referred to as The Don’t Master for his commentary and he also serves as an executive producer of the show.