Scrooge: A Christmas Carol was one of the numerous animated versions that were announced at the Annecy International Film Festival as part of a massive European Netflix animation slate. 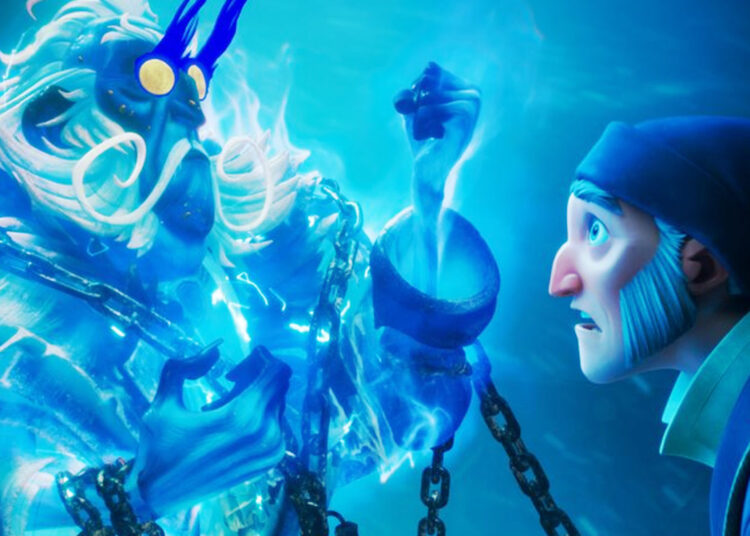 Netflix’s Scrooge: A Christmas Carol is an animated adaptation of Charles Dickens’s classic holiday tale. A Christmas Carol, written by Charles Dickens in 1843, has been the subject of a number of adaptations during the 20th century. It has been adapted for television, radio, and major motion pictures. There are currently over 135 distinct interpretations of the tale.

Scrooge: A Christmas Carol was one of the numerous animated versions that were announced at the Annecy International Film Festival as part of a massive European Netflix animation slate. Re-imagined versions of songs from the classic musical Scrooge are included in this film as well. Leslie Bricusse, a composer who has won Grammy and Oscar awards, wrote the script.

Some well-known personalities in the business, most notably Olivia Colman, will provide their voices in the forthcoming edition. The film will stick to the plot of the novel, but it will have a musical touch that is sure to please spectators.

Therefore, get ready for some holiday entertainment since the Netflix rendition of Scrooge: A Christmas Carol has a “supernatural, time-traveling, musical” twist that is sure to make you feel joyful. Continue reading to learn more about the holiday Christmas movie.

Scrooge: A Christmas Carol Release Date: Is It Releasing In October 2022?

On Friday, December 2, 2022, it was confirmed that the Christmas movie would be available on Netflix. However, beginning on November 18, 2022, it will initially only be available in a limited number of theatres.

The Netflix animated Christmas movie has a fantastic voice cast lined up, including some fairly big and well-known personalities. These are the performers, according to the reports, who will be lending their voices to the version of the Charles Dickens Christmas story that features supernatural elements. The list consists of

This famous Christmas story by Charles Dickens may be known to practically all of us. The movie is a magical, time-traveling musical rendition of the cult Christmas tale, according to the Netflix synopsis.

The same plot will be at the center of the story but with a twist. If you haven’t heard this story before, we’ll give you a quick summary. Here is a brief summary of it.

The main character, Ebenezer Scrooge, does not celebrate Christmas and refuses to donate money to a charitable organization despite being wealthy. His neighbors are aware of his haughtiness.

But three spirits come to see him before Christmas Eve. The ghosts of his past, his present, and his future all converged on him. Through time travel, the ghosts impart important life lessons to Scrooge. He is a different man who celebrates Christmas after his time journey. The film is also ideal for adults who want to relive their youth as well as children.

Scrooge: A Christmas Carol does not yet have a trailer. At the time of writing, the film is in the post-production stage. A trailer has not yet been made public. However, given that Christmas is approaching, we anticipate seeing a trailer very soon.

First Look Of The Movie

Despite the fact that we do not have a trailer with us, we will be able to view the film’s first look. Previously, in July, on its social media channels, Netflix posted two pictures of Scrooge from A Christmas Carol.

It is abundantly evident from the photographs that have been released that the film will be a visual delight. Finally, we anticipate the film to include stunning animation. Even the movie’s social media fans praised it.

The first glance reveals a grouchy Scrooge having a paranormal encounter with a spirit in chains. Additionally, the film incorporates both traditional 3D animations and 2D effects. We have a lot of enthusiasm for Scrooge: A Christmas Carol.