All Quiet on the Western Front - this War Epic is gonna make you crazy!!!! 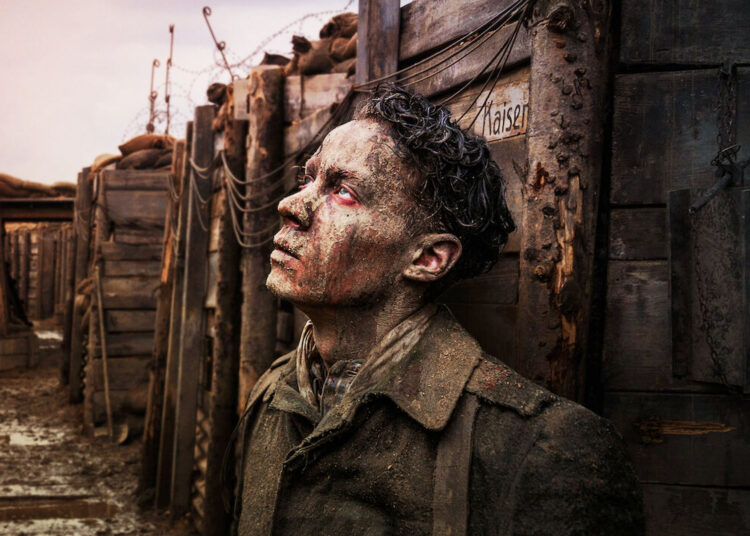 The story of All Quiet on the Western Front on Netflix is based on a classic novel that is completely based on the backdrop of a horrific war. Basically, the story sees teenagers of Germany who live out the horrific realities happening during World War One as soldiers on the German border lines.

It shows the extent of patriotism that the teenagers of Germany have during the hard times in their country. It features the horrors and utter desperation of trench warfare in Germany.

The teenager who is the protagonist of the story along with his friends voluntarily enlist in the German army in order to protect the citizens of their country. But soon after joining the army the innocent and naive soldiers or we can say the unaware teenagers end up facing the brutal realities of life on the war front.

Reading this brief idea about the storyline of the movie, I am sure that there is curiosity developed in your mind to know more about this War Epic that is going to be streamed on Netflix. So read this full article to get more insights about it!!!!

All Quiet on the Western Front  Release Date:

In Germany, this movie will be released on the 29th of September 2022.

Is there any trailer available for the movie?

Yes of course there is a trailer to give birth to an extreme urge to must watch this content on Netflix. The short trailer released by Netflix shows the young soldiers in complete action and what life in the muddy trenches was really look like?

If you haven’t seen the trailer of this War Epic movie click on the link below to access the same:

This trailer was released by Netflix on its official YouTube channel on the 6th of September 2022.

Premises of the Movie

As broken about the movie is purely based on the petrol to the young teenagers living in Germany during the time of World War 1. But the storyline changes when these young teenagers got to know the reality and the hardships that come when they are on the war front.

Paul Baumer portrayed by Felix Kammerer and his friends Albert portrayed by Aaron Hilmer and Müller portrayed by Moritz Klaus are caught up in the prevalent wave of patriotism surrounding their country Germany during World War One and voluntarily of them enlist in the German army.

But soon after taking admitted into the army, they realize the futility of being in a war. The teenagers realize that it is very difficult for people on both sides of the war to cope with situations that are created due to the war.

I guess by now you will have that urge to must watch this content on Netflix and you will be sparing your time to watch it as soon as it releases.