The k-pop band TWICE tops the chart of Billboard's World Album Charts following BTS, ENHYPEN, Seventeen, NewJeans and so on. 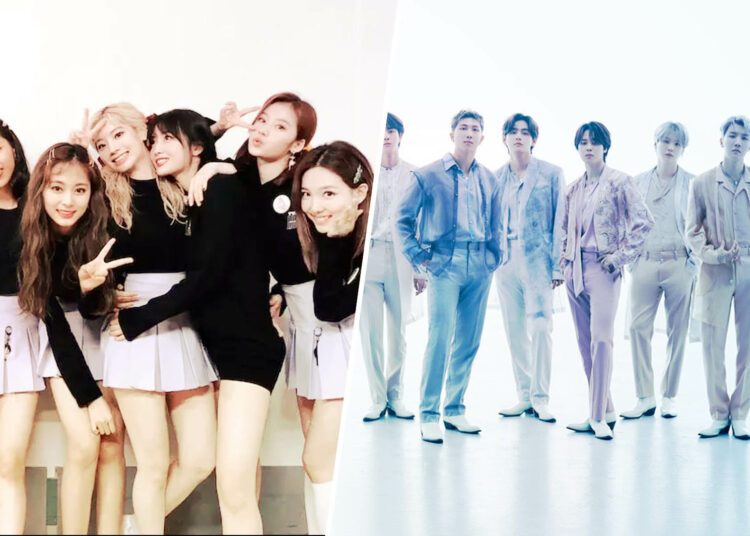 Between 1&2 of TWICE has remained at the top of the Billboard World Albums chart for three weeks running as of the most recent chart update. Twice is a South Korean girl group under JYP Entertainment, that has nine girls as its members which includes Nayeon, Jeongyeon, Momo, Sana, Jihyo, Mina, Dahyun, Chaeyoung, and Tzuyu.

Twice made its stage debut on October 20, 2015, with the extended play (EP) ‘The Story Begins’ which was created for the television program ‘Sixteen’ (2015).

Here you can have a look at the Billboard World Album Charts of South Korea.

BTS‘s anthology album “Proof” stood steady at No. 3 for a record-breaking 14 weeks on the chart, while ENHYPEN’s most recent mini album “MANIFESTO: DAY 1” came in at No. 5 for the seventh week in a row. BTS is the world wide famous South Korean band that has RM, V, Suga, J-Hope, Jimin, Jin, and Jungkook as its members.

Enhypen is a South Korean boy band that was created by Belift Lab, a partnership between CJ ENM and Hybe Corporation, through the 2020 survival challenge show I-Land. It consists of seven members, Heeseung, Jay, Jake, Sunghoon, Sunoo, Jungwon, and Ni-ki. On November 30, 2020, they made their debut with the extended play (EP) Border: Day One.

The two most recent albums by SEVENTEEN, “SECTOR 17” and “Face The Sun,” are ranked no. 6 and no. 16, respectively. Seventeen is also a South Korean boy band that is represented by Pledis Entertainment.

It has 13 boys as its members, S.Coups, Jeonghan, Joshua, Jun, Hoshi, Wonwoo, Woozi, DK, Mingyu, The8, Seungkwan, Vernon, and Dino. In the 98th week, BLACKPINK’s previous album “THE ALBUM” re-enters the chart at 13th position.

In contrast, NewJeans’ first EP “New Jeans” climbed to No. 11 in its sixth week while TXT’s “minisode 2: Thursday’s Child” was seen at No. 10 on the chart for the 19th week in a row.

NewJeans is a newly formed South Korean girl group by ADOR which is a subsidiary of Hybe corporation. The group has five members: Minji, Hanni, Danielle, Haerin, and Hyein.

Before their first, self-titled extended play, which was released on August 1, 2022, the group pre-released their debut song, “Attention,” on July 22, 2022. It has not been a long time since the group entered the industry yet they were able to show their talent in a short span of time.