List of Films in which Angelina Jolie has starred in notable roles, and you must give it a try to these movies whether you are a fan of Ms. Jolie or Not. 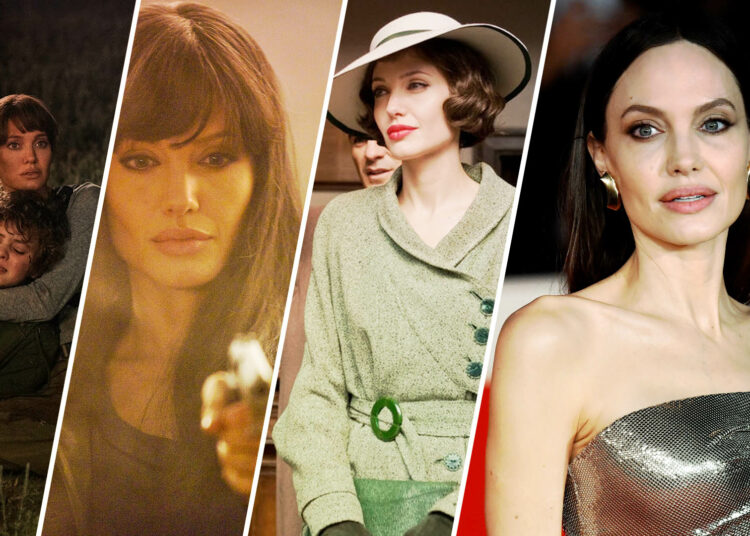 Angelina Jolie is a familiar name in the world of acting owing to her numerous films and a number of accolades. She has acted in both commercially successful and critically acclaimed movies along with being cast in some television series.

Multiple times she has been named the highest-paid actress in Hollywood. Jolie has also produced and directed several films achieving fame as a filmmaker.

These include ‘In the Land of Blood and Honey, ‘By the Sea’, ‘First They Killed My Father, etc. This article follows the list of most notable films and tv series in which Jolie has starred.

Films in which Angelina Jolie has starred:

James Mangold has directed this psychological drama that is based on the same named memoir of Susanna Kaysen. With Winona Ryder portraying the protagonist Susanna who is a young woman in her late teen spending eighteen months in a psychiatric hospital after attempting suicide, Jolie played a rebellious, manipulative, and abusive woman named Lisa who has been living in the hospital for twelve years old and has been diagnosed as a sociopath.

Jolie won Academy Award for Best Supporting Actress for this role. The movie was released on December 21, 1999.

This is a sci-fi action-adventure movie, which Kerry Conran directed this film as his directorial debut, cast Jolie as a Royal Navy flying aircraft carrier’s commander Francesca Cook or Franky with Jude Law and Gwyneth starring as co-stars.

The movie was released on September 17, 2004, in the United States, Italy, and United Kingdom.

This action comedy movie starring Angelina Jolie and Brad Pitt is a popular movie that is renowned for more than one reason. Without any doubt, one reason among them is the beginning of the celebrated relationship between Jolie and Pitt.

The plot revolves around an upper-middle-class couple Mr. Smith and Mrs. Smith who find out that they have been tasked to kill each other by the two competing agencies to which they belong.

Michael Winterbottom has directed this movie adapted from the same named memoir of Mariane Pearl which cast Jolie in the role of Mariane. She was nominated for a Golden Globe Award for Best Actress in Motion and a Screen Actors Guild Award for Outstanding Performance by a Female Actor in a Leading Role in a Motion Picture for this role.

This is a 3D computer-animated fantasy action movie that is based on the same named epic poem in Old English.

Jolie played Grendel’s mother in the movie. The movie was released on November 16, 2007, in the United States.

In this action thriller movie, Jolie starred as an accomplished member of the Fraternity named Fox, the mentor of Wesley who was played by James McAvoy.

In this mystery crime by Clint Eastwood that is inspired by real-life events including the Wineville Chicken Coop murders of 1928, Jolie was cast in the role of Christine Collins.

This is an action thriller movie in which Jolie was cast in the role of Evelyn Salt who becomes accused of being a Russian sleeper agent and wants to clear her name.

Portraying the titular character, Jolie was cast in this fantasy film that is a live-action adaptation big Walt Disney’s animated movie 1959- ‘Sleeping Beauty, inspired by Charles Perrault’s original fairy tale.  She co-starred with Imelda Staunton, Elle Fanning, and Sam Riley in the film.

This is an action thriller movie directed by Taylor Sheridan and is based on the same named novel by Michael Koryta, one of the screenplay writers of the movie.

The plot of the film revolves around a boy and a smokejumper as the former goes on the run with the latter to escape assassins after he witnesses his father’s murder. Jolie played the role of Hannah Faber, the smokejumper in the movie.