Esha Gupta Looks Gracious While Soaking In the Sun Wearing a Beautiful Gown.

The Aashram 3 actress Esha Gupta has been raising the temperature these days, but this time decides to show her classy side. 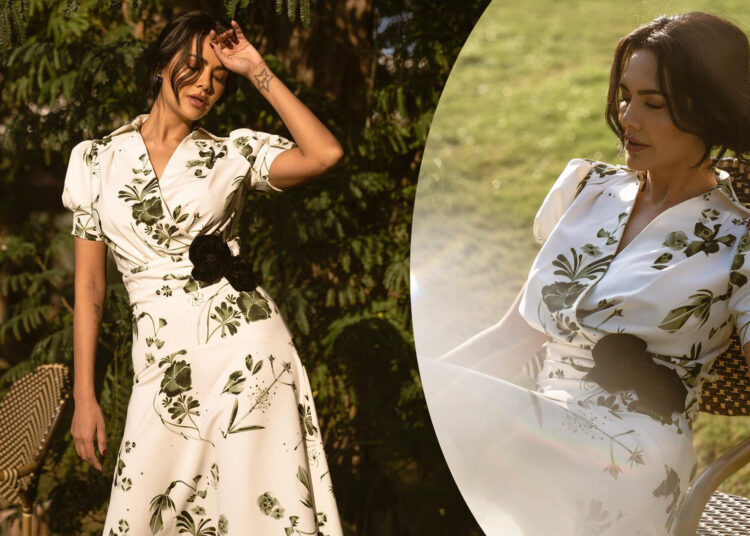 If h*tness had a face, it would look like Esha Gupta, the diva is really turning it on these days and she is making sure to make the best out of the second half of her career. There is absolutely no doubt that Esha Gupta is currently the s*xiest diva in B town, her social media posts are absolutely killer these days.

Esha is raising the bar of h*tness for the past few years, she has over 13 million followers on her Instagram and she drops some bomb photos on her IG, and in a recent post, Esha Gupta decided to show off her classy side, she dressed up in a white gown with puffed sleeves and plunging neckline.

The outfit comes from the shelves of Gauri and Nainika and Esha looked absolutely graceful in the outfit, she chose the retro hairstyle for her hair and the bun looked absolutely perfect, she accessorized her outfit with shoes from UK’s luxury brand Russel and Bromley and her overall look was just ten on ten while she was soaking in the sun in her vicinity.

Here you can check out Esha Gupta’s Recent Post Soaking in the Sun.

Esha has been putting in some really good performances off lately the 37-year-old diva started her career as a model and won several beauty pageants, she won the Miss India International title in 2007 and also represented India at the Miss International pageant, soon she caught filmmakers’ attention and she got a call from Bollywood and later made her debut with Jannat 2, alongside Imran Hashmi in 2012.

Jannat 2 turned out to be a commercial hit and Esha won Filmfare Award for Best Female Debut for her debut performance, her career-best performance came in the horror thriller Raaz 3 which was a very successful film, that she has been part of films like Chakravyuh, Humshakals, Gori Tere Pyar Me, Baby, Rustom, etc and in total, she has worked in around 15 movies Including Tamil and Telugu.

In 2020, Esha shifted to OTT platforms and made her debut in Zee 5’s REJCTX 2020 and Nakaab in 2021, she was one of the most talked about divas after she delivered a splendid performance in the popular web series Aashram 3.

This year, Esha has two huge projects, she will first be seen in Mehul Atha’s directorial film Desi Magic and later she will be featured in one of the most anticipated movies of the year Hera Pheri 3.