This year Netflix is bringing us The Curse Of Bridge Hollow, which was formerly titled Boo!. The film stars Marlon Wayans and Priah Ferguson. 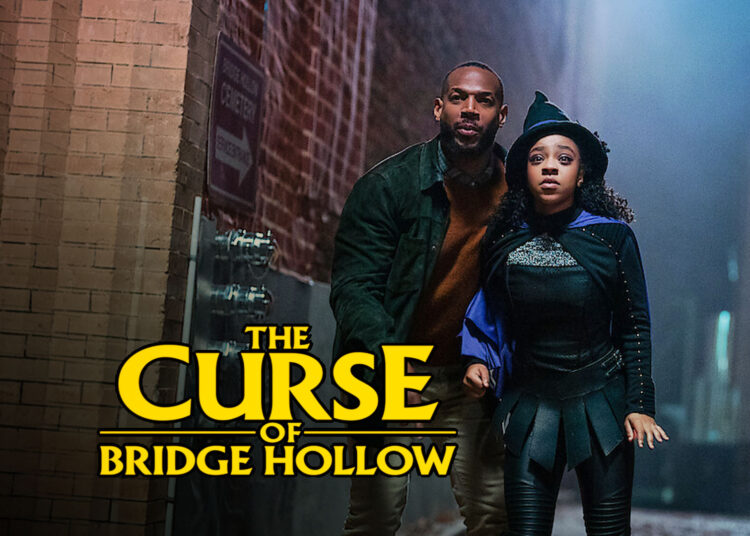 Netflix released the official trailer of The Curse Of Bridge Hollow Yesterday.

Halloween is just around the brink – give or take a few weeks – and it wouldn’t be Halloween without a little tacky scary fic with a dash of scary fun.

Each year, we fall back on nostalgic repeats of all our regular Halloween material so having anything new to add to our already horror collection of Halloween favorites is much anticipated.

This year, Netflix will release The Curse of Bridge Hollow, previously known as Boo!. The movie’s main actors are Marlon Wayans and Priah Ferguson.

We’ll have to wait and see if The Curse of Bridge Hollow is any good. Here’s all we know so far about the impending Netflix original.

Also Read: The School for Good and Evil Is All Set to Release In October.

The Curse Of Bridge Hollow: The Plot

Halloween has been utilized to build up horror stories in a variety of films and television series. In summary, Halloween is the ideal backdrop for all things frightening, wicked, or hilarious.

Priah Ferguson’s Sydney unintentionally unleashes an old Halloween ghost, and this poltergeist puts to life every Halloween décor, causing havoc on the community. Sydney must if reluctantly, join forces with her father to combat the spirit and bring it to an end before things get out of hand.

The concept and premise of the movie sound quite comparable to Goosebumps, a 2015 horror comedy.  The subject of Decor bringing to life or a rift in the curtain between realms allowing exotic creatures to enter ours is not new. But it’s how the protagonists put a stop to the evil unleashed that makes each narrative with comparable themes interesting to see.

Despite the fact that Wayans is most known for his roles in bawdy horror and comic films, The Curse Of Bridge Hollow will be suitable for children.

It’s essentially a father-daughter narrative about a man who relocates his home and 15-year-old daughter from Brooklyn to Massachusetts when he obtains a job at a school, and the city’s Halloween decorations come to life.

And he and his daughter will have to cooperate to find out what’s behind all of this. It’s a lighthearted romp, but it’s not as scary as A Haunted House because it’s rated PG-13.

The Cast and Crew

The Curse Of Bridge Hollow will be directed by Jeff Wadlow. Todd wrote the script for the picture, which is based on a tale by Berger and Robert Rugan.

The cast of The Curse of Bridge Hollow includes:

Netflix hasn’t revealed anything else besides just a few promotional photographs – nor a trailer or a teaser. More information may not be available until late September or early October.

This year, the picture is set to be released just a few weeks around Halloween, extremely close to the premiere of the fantasy adaption, The School For Good And Evil.

The Curse of Bridge Hollow will be available on Friday, October 14, 2022. Soley on the Netflix streaming platform.

Here you can Watch the Trailer Below.