Harry Styles, Olivia Wilde, And More Were Seen At The Premiere Of Don’t Worry Darling!

At the 79th Venice International Film Festival in Italy, Harry Styles with girlfriend Olivia Wilde were seen at best fashion! 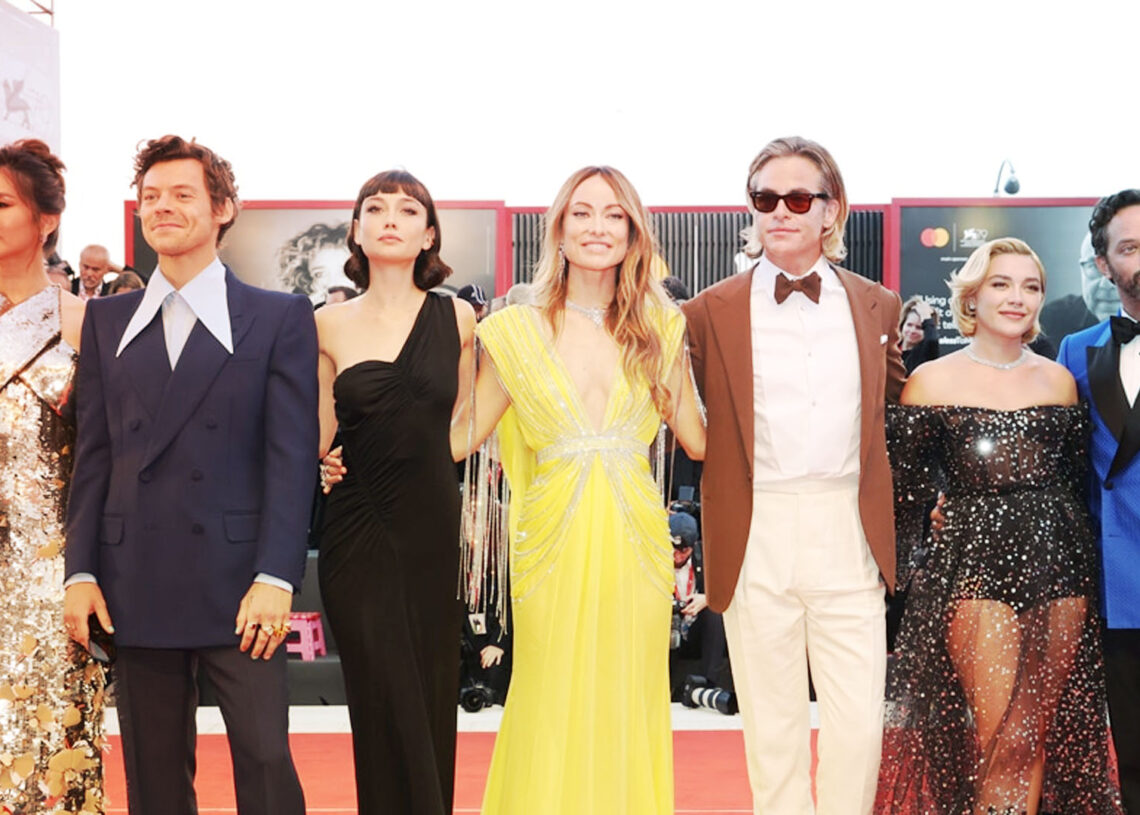 Harry Styles, Olivia Wilde, and other stars were spotted at the Don’t Worry Darling Premiere.  A lot of films and series are going to release in the coming days and that is the reason why the best premiere is very much needed.

Whether it is related to having the best red carpet appearance or promoting their films with their partner, everything gains the attention of these premieres.

Talking about any premiere that has gained a lot of attention then it is going to be the premiere of Don’t Worry Darling. We have seen Harry Styles and Olivia Wilde along with many other celebrities.

Harry Styles was spotted with Oliva Wilde at the Don’t Worry Darling Premiere.

Harry Styles was seen looking very handsome at the premiere of don’t Worry Darling that happened at the 79th International Film Festival in Italy. It all happened on 5 September 2022 when Harry Styles was seen wearing a blue suit and white shoes. He was not there alone but his girlfriend Olivia Wilde posed on the red carpet.

Talking about the blue suit of Harry Styles then it was very much like the 1970s and loved by people at the event. Coming to Olivia then her yellow outfit was looking very beautiful on her.

The film Don’t Worry Darling is related to the life of a young living couple in the community of victory before things went dark. At first, they were living in a utopian world where Harry Styles and Florence were married couples but there was some psychological mystery going around in their romance and drama.

Don’t Worry Darling is going to release on 23 September 2022 and a lot of fans are waiting for it.

Coming to the next guest then it is Florence Pugh who was looking very beautiful at the 79th Venice International Film Festival in Italy. She was wearing that black gorgeous dress off the shoulder and wearing high heels with a diamond necklace.

We have also seen Josephine Skriver at the premiere on the red carpet while she was wearing a blue dress and necklace with a bracelet. The next one we have is Gemma Chan who was wearing a silver dress with a floral design and almost no accessories but a bracelet.

Chris Pine was also there at the premiere and was wearing a brown blazer and white pants with brown shoes. The next one we have is Tessa Thompson who was wearing a green with silver mixture dress and almost no accessories.