Dancing With The Stars Season 31 Release Date, Format, And All That We Know So Far!!

Dancing with the Stars, which was released on ABC for 30 seasons, will Season 31 on Disney+, making it the first live show to ever air on the service. 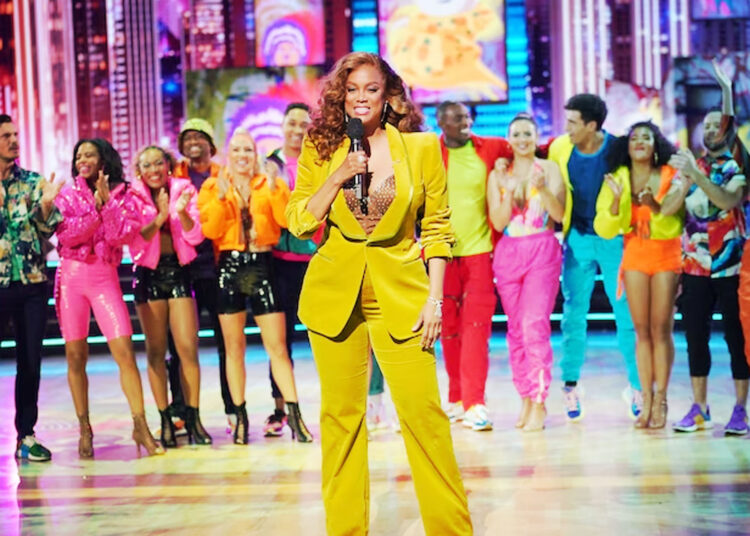 Dancing With The Stars Season 31 will get off in September with the search for the Mirror Ball trophy. Dancing with the Stars, which was released on ABC for 30 seasons, will debut Season 31 on Disney+, making it the first live show to ever air on the service. As a result, the dance competition has entered a new phase as it transitions from its former home on ABC to its new home on Disney Plus.

Celebrities and skilled ballroom dancers compete for the ultimate prize—the famous Mirror Ball trophy and bragging rights—each season. During the previous season, the competition was intense. Here’s everything we know about Dancing with the Stars season 31.

The debut of season 31 of Dancing with the Stars will take place on Disney+ on September 19, 2022. This will be the very first live competition show that will be broadcast on the platform that streams content online.

Furthermore, it is currently unknown whether Dancing with the Stars will air in the UK. The series was previously unavailable in the UK, but with its relocation to Disney Plus, that may soon change.

What Is Dancing With The Stars Season 31 All About?

Celebrities are paired with trained ballroom dancers to compete in themed choreographed dance routines on the popular television program “Dancing with the Stars,” which is hosted by supermodel and entrepreneur Tyra Banks and actor and television personality Alfonso Ribeiro.

The steps are judged by a panel of well-known dancer experts, such as Len Goodman, Carrie Ann Inaba, Bruno Tonioli, and Derek Hough.

Couples In Dancing With The Stars Season 31

On August 25, 2022, it was announced that Charli D’Amelio and her mother, Heidi D’Amelio, would compete as celebrity contestants. Shortly after that, it was rumored that famous people, including Joseph Baena, Wayne Brady, and Daniel Durant, were taking part in the event.

On September 8, during the broadcast of Good Morning America, the complete list of celebrity contestants will be unveiled for the first time.

Daniella Karagach, Pasha Pashkov, Artem Chigvintsev, Witney Carson, Brandon Armstrong, and Cheryl Burke are some of the professional dancers who are featured in a promotional video for the season that was released on August 18.

Tyra Banks will serve as the host once more in 2022, and Len Goodman, Derek Hough, Carrie Ann Inaba, and Bruno Tonioli will all serve as judges.

Alfonso Ribeiro, the winner of season 19 of the competition, was also revealed to be joining the show as Banks’ co-host. Judge Tonioli announced in May 2022 that he would be leaving the British television program Strictly Come Dancing.

He had been a judge since Strictly’s inaugural season in 2004 and left due to an “unsustainable” scenario (caused by his frequent back-and-forth travel for each show). Sasha Farber, Kateryna Klishyna, Ezra Sosa, and Alexis Warr make up the season 31 dance team.

Who Is Tyra Banks?

She was the first African-American woman to be featured on the covers of GQ and the Sports Illustrated Swimsuit Issue, each of which she did three times. She was born in Inglewood, California, and started her modeling career at the age of 15.

From 1997 through 2005, she served as a Victoria’s Secret Angel. Banks were among the highest-paid models in the world in the early 2000s. The Fresh Prince of Bel-Air was where Banks made his acting debut on television.

How Can You Watch Dancing With The Stars Season 31?

Dancing with the Stars’ upcoming season will only be accessible via Disney Plus. There are a couple of possibilities if you don’t currently have a Disney Plus membership.

The service is available as a standalone subscription, as part of the Hulu with Live TV package, or as a bundle with Hulu and ESPN Plus.

More About The Show Dancing With The Stars

The announcement of Disney+’s launch was accompanied by the information that Season 31 of DWTS will be broadcast on the streaming platform, as well as the fact that Season 32 had already been renewed and would appear on Disney+ in 2023.