After the controversy of Will Smith slapping Chris Rock, the comedian refused hosting 2023 Oscars! 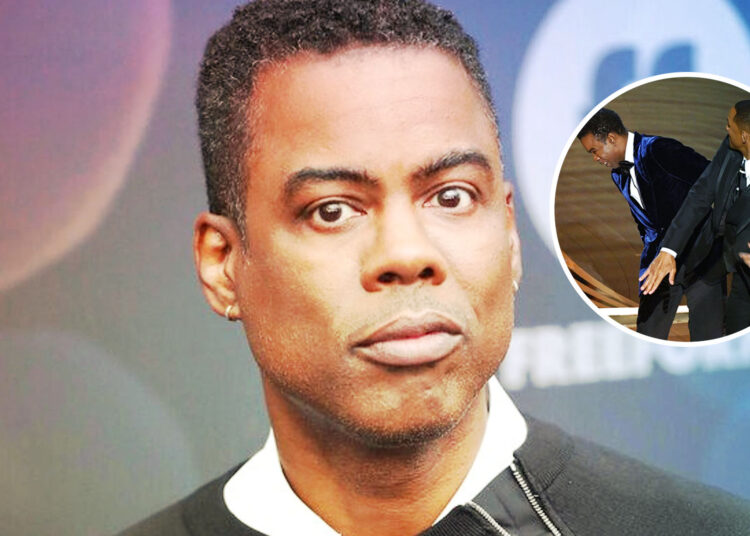 Recently Chris Rock revealed he was offered to host Oscar 2023, however, he has decided not to host, as you might be aware last year Chris Rock was slapped by Will Smith for cracking a joke on his wife Jada Pink Smith.

A lot of things happened in the starting and also in the mid of 2022. And if we talk about things related to our celebrities then most of them remain controversial throughout the year. Some were related to the award function while others related to having an affair. Talking about the award function then we can not forget about Oscars 2022. It all became controversial throughout the year because Will Smith slapped the comedian Chris Rock.

But if we talk about the present scenario then it is still awkward between these two. It was recently when news came that Chris Rock turned down the offer of hosting the 2023 Oscar. And the only reason behind it is the things that happened in Oscar 2022 related to Will Smith slapping him.

57-year-old Chris Rock has admitted that the Academy Awards has requested him to host the upcoming Oscar. He has compared the situation with the 2022 Oscars and returned the offer as no. He has also given reference to the 1995 murder trial of Simpson.

Chris Rock has talked about the slap before the set of his comedy show and talked that how Will Smith played the role of Mohammad Ali in a movie. He said that Smith is bigger than him. It is not the first time he is making jokes about his slap of Oscars.

He has already talked about it in a lot of his comedy shows, like that of a New Jersey one that happened in July. He said that he is not a victim because someone else is showing himself as a victim. So instead of showing himself a victim, Chris Rock went to work the next day.

It was then in July when Will Smith talked about all these things through a YouTube video and went publicly for an apology. Will Smith said that:

“I’ve reached out to Chris and the message that came back is that he’s not ready to talk and when he is, he will reach out. So I will say to you, Chris, I apologize to you. My behavior was unacceptable.”

He also said in the same video that he “saw an interview that Chris’s mother did. And that was one of the things about that moment I just didn’t realize. I wasn’t thinking about how many people got hurt at that moment. So I want to apologize to Chris’s mother. I want to apologize to Chris’s family. Specifically Tony Rock. We had a great relationship. Tony Rock was my man. And this probably irreparable.”