Priyanka Chopra Was Seen With Her Daughter Malti In An Adorable Moment!

The actress Priyanka Chopra was seen sharing an adorable moment with her 7 years old Malti after spending some times with Nick Jonas! 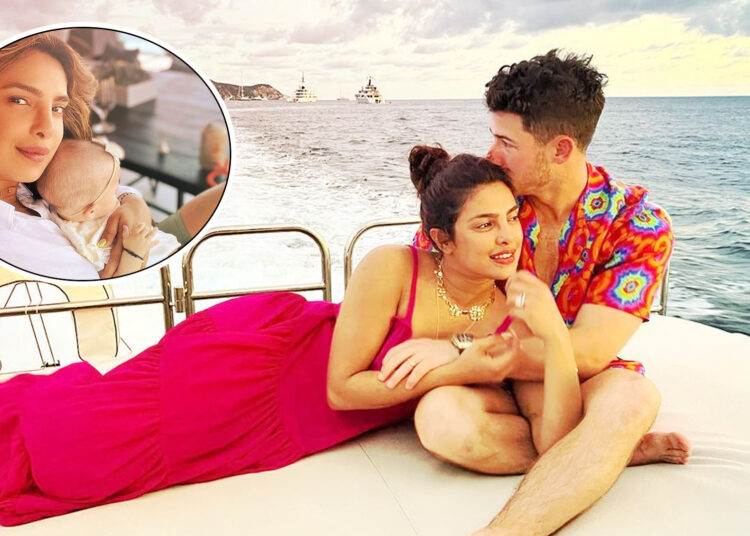 Recently Priyanka Chopra shared a post on her Instagram, with her daughter Malti Marie Jonas, not like earlier this time only Priyanka and her daughter were in the picture, not her husband Nick Jonas.

Being a mother is the best feeling one woman can have and if we talk about those celebrities who are blessed with their baby in 2022 then we have quite a few names.

These celebrities are enjoying their motherhood and making all the possible ways for their kids. Whether it is related to spending time or even making their life very private, some Hollywood celebrities and doing their best in it. Among them is the actress Priyanka Chopra who was seen with her 7-month-old daughter Malti.

The 40-year-old actress Priyanka Chopra has proved that she is a great mother in her recent Instagram photos.

The actress was seen with her newborn daughter Malti and smiled totally in love. Calling it “love like no other” Priyanka Chopra made her daughter sit in her lap.

She has uploaded two pictures in which the second one was the most adorable. In the second picture, we can see Priyanka Chopra smiling with her baby girl. The little legs of the Malti were on the face of her mother. We have also seen the little anklet that Malti was wearing.

After seeing all these pics of Priyanka Chopra, a lot of fans commented. They have called it a cute moment. Some called the It quiz amazing while others called it lovely.

Priyanka Chopra recently gained attention while photographed in stylish outfits on 19 August. She was wearing a white crop top and short sleeve green button top. Her long hair was tied up in a ponytail and she was wearing wide-leg jeans. Her luxurious life was also seen with a Parada bag she was handling.

When Priyanka Chopra is not busy with her baby daughter or her work then she is spending time with her husband Nick Jonas. The couple explored a new kind of dimension in their life when they welcomed their little ones. After spending 100 difficult days, they are cherishing every day with their daughter. They are loving their parenthood and want to keep their baby safe from the media.