Mark Ruffalo said, "Anytime they want to do it, I'm here," while pointing at the camera when asked by Entertainment Tonight whether he would be the focus of a standalone Hulk film called World War Hulk. 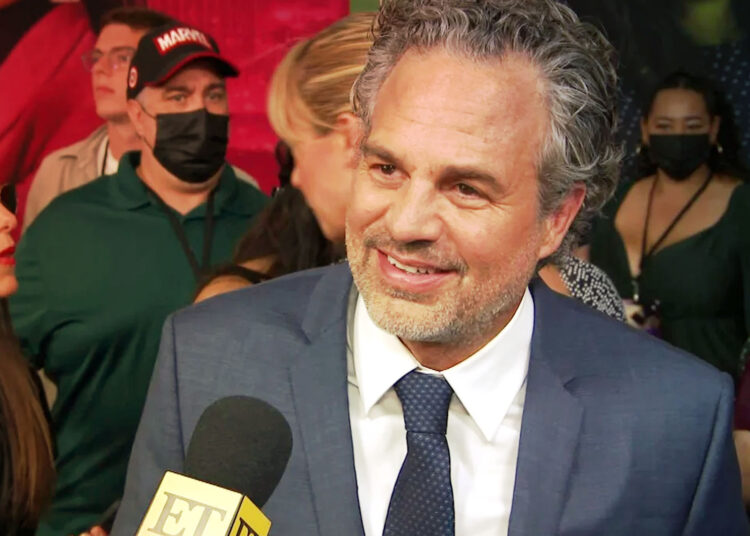 When asked whether he would be willing to appear in one of the World War Hulk movies, Mark Ruffalo doesn’t object. At the launch of She-Hulk: Attorney at Law, the newest Marvel series to debut on Disney+, the actress walked the red carpet with co-star Tatiana Maslany.

Given that Jennifer Walter, Bruce Banner’s cousin, inherits the Hulk’s abilities from him, Bruce Banner and his Hulk alter ego play a crucial part in She-Hulk. There may be a World War Hulk Project soon, and Mark Ruffalo will be prepared as soon as Marvel Studios is, according to a She-Hulk teaser.

Ruffalo said to Entertainment Tonight, pointing to the camera, “Anytime they want to do it, I’m here,” in response to the question of whether he would serve as the focus of a standalone Hulk film called World War Hulk. In addition, he was questioned about whether Avengers: Secret Wars could beat the box office success of Avengers: Endgame.

It will be difficult to beat Endgame, but if I knew Kevin [Feige] and Marvel, it would be very incredible. It will go off with a boom, he said.

In the interval between Avengers: Age of Ultron and Thor: Ragnarok, Bruce Banner/Hulk vanished from Earth. In the later movie, it was revealed how Hulk’s Quinjet traveled through teleportation from Earth to the alien planet Sakaar, where he engaged in combat in the Grandmaster’s gladiator arenas. In Ragnarok, one Bruce operated a golden spacecraft in action scenes that were very similar to the one in the newest She-Hulk footage.

This Easter egg has increased rumors that the well-known World War Hulk Storyline from the comics would be included in the Marvel Cinematic Universe. After all, why would a starship suddenly come in search of the Hulk or She-Hulk? The grandmaster could be searching for his beloved fighter to exact vengeance on him for betraying him or to resume his deadly games.

According to a rumor from October 2021, Marvel Studios was planning to begin filming World War Hulk in 2022. Since that first rumor, there have been no developments, and Marvel Studios President Kevin Feige did not make any World War Hulk Project announcements during the studio’s significant Hall H panel at San Diego Comic-Con.

There is a potential that it may be unveiled during Marvel’s massive D23 Expo extravaganza next month, although Phase 6 of the MCU chronology has several free dates.

In World War Hulk, Bruce Banner’s alter persona returned to Earth with a vendetta against his fellow superheroes who were attempting to exile him to the planet Planet Hulk. One issue is that the Hulk is currently participating in appearances and is in good standing with Earth’s Mightiest Heroes.

In Shang Chi and the Legend of the Ten Rings, She-Hulk appears as a lawyer in a post-credits scene. Thus, if a World War II Hulk Most likely, Marvel Studios would merely adopt the name and modify it to their desire if a movie or TV show were to be made.

In other instances, such as Age of Ultron, Avengers: Infinity War, and Avengers: Endgame—the latter two drawing influence from the Infinite Gauntlet comic event—this has occurred.