The young actress is slowly establishing herself in the Bollywood industry with some big projects to come in future. 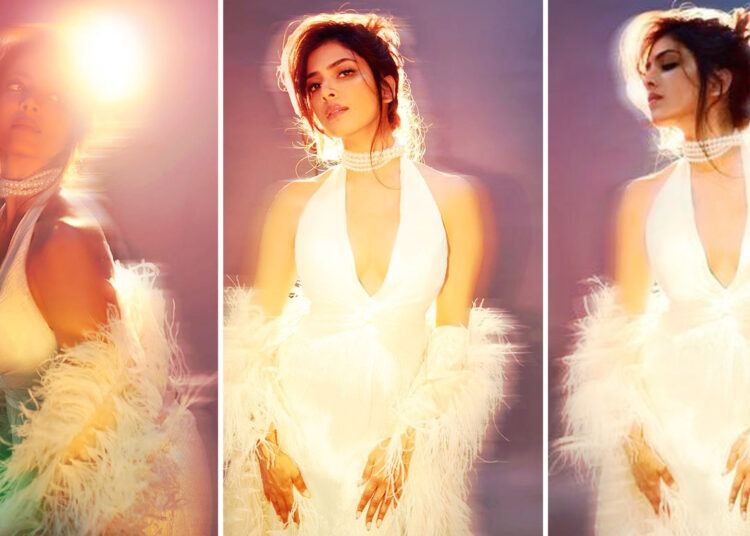 Among the most popular ones, Malavika Mohanan is currently one of the most talked about actresses, the beautiful diva has over 3.5 million followers on Instagram and all her posts go viral on the Internet these days.

She is a style icon and her outfits are just amazing, recently she posted a scintillating photo of herself on Instagram wearing a superhot halter neck gown by Dollaypop, she also pulled up a white boa and her outfit was priced at 10k.

She was wearing a choker necklace by Bling thing store and it was a thing of beauty, her hair were looking amazing with a bun and some light makeup with smokey eyes which made her look truly sensual.

Here you can check out some recent posts of Malavika Mohanan

Malavika is the daughter of cinematographer K.U.Mohanan started her career as a model and has experience working in the Malayalam, Tamil, and Hindi film industries.

She made her debut in 2013 with the Malayalam film Pattam Pole, her Kannada debut came in 2016 with the film Naanu Mattu Varalakshmi, and later she made her debut in Bollywood with Beyond The Clouds alongside Ishaan Khattar, she has also worked in Netflix series Masaba Masaba in 2020.

Malavika was last seen in the superhit Tamil film Maaran starring Dhanush in lead, her upcoming projects include one in the Bollywood film Yudhra alongside Siddhant Chaturvedi and the other one with Prabhas and the film is titled Maruthi. With so much popularity and talent, Malavika is surely a star to look out for.