by Masina Sher Khan
Reading Time: 3 mins read
A A
4 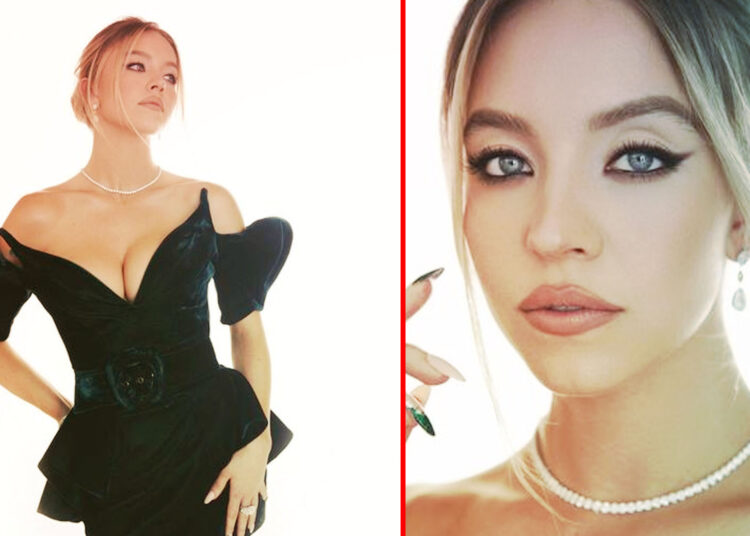 Sydney Sweeney may not have lived in the ’80s, but she knows how to give the decade’s fashion the respect it deserves.

Sydney Sweeney stepped out in style at the Hollywood Critics Association Television Awards on Saturday night.

The TV Series of the Year ceremony honored HBO Max’s White Lotus with the award for Outstanding Network or Cable Limited Series or Anthology Series. Sweeney accepted the award alongside The White Lotus producer David Bernado and her onscreen character’s mother, actress Connie Britton. And as expected, the two-time Emmy nominated actress came dressed to impress.

For the Hollywood Critics Association Television Awards on Sunday (August 14), the Euphoria star chose a vintage Mugler velvet mini dress from 1981. The 24-year-old actress in a deep green mini has voluminous accents at the sides and is pulled together by an oversized belt and shaped sleeves.

Remembering the look we saw earlier, Sweeney’s dip into the archives reminded us of Maddy Perez’s (Alexa Demie) fashion montage scene in Season 2 of Euphoria, which also sported a similar vintage Mugler look.

In the second episode of Season 2, titled “Out of Touch”, Maddy takes care of the baby of an incredibly wealthy family and sneaks into the designer-filled closet of the baby’s mother (played by Minka Kelly). Admiring the collection, Maddy holds her own fashion show and tries on the designs.

Here you can check out Recent Posts of Sydney Sweeney

Taking selfies and waving to imaginary adoring fans, Maddy slips in and out of vintage creations from Dior, Valentino, Norman Norrell, and a sculptural velvet Mugler confection from Autumn/Winter 1991.

Mugler designs have been seemingly everywhere lately. The Kardashian Jenners have become some of the late legend’s biggest fans, with artists like Megan Thee Stallion turning his points into the pop star’s uniform.

Many of the looks come courtesy of the label’s current creative director Casey Cadwallader, but Sweeney isn’t alone in digging deep into the archives.

In fact, you might recognize this particular 41-year-old dress Natalie Portman also chose on the red carpet last year, and Dua Lipa recently wore a version of it. With luck, their career paths will overlap as will their fashion sense.