Why Did Paddy Considine of House of Dragon Declined a Role on “Game of Thrones”, Know Here

Paddy Considine declined a role on one of the biggest dramas, Game Of Thrones, without even reading the script. 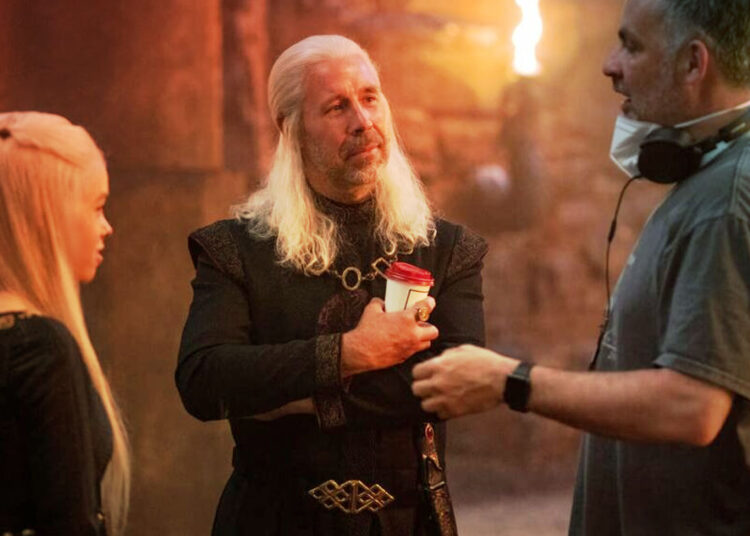 It’s simple to forget what a gamble Game of Thrones was for HBO when there are so many spin-offs in the works after the show’s successful eight-season run. With numerous fans getting addicted to its concoction of s*x, bloodshed, and Shakespearean power battles, the show is credited with reviving the fantasy subgenre.

However, many performers thought that accepting a fantasy part would be a significant career risk before the Game of Thrones even premiered.

Paddy Considine said in a recent interview with The Sunday Times that he turned down the invitation to be on Game of Thrones when his representative approached him about it without even reading the script.

In the brand-new HBO series House of the Dragon, Paddy Considine portrays one of the main characters, and he’s talking openly about how he could have been connected to Game of Thrones!

The actor, 48, previously starred in the HBO series The Outsider, but he declined to appear in it. He made careful not to do the same thing with the next prequel of Game of Thrones.

After receiving the Game of Thrones screenplay, Paddy informed his agency that he didn’t even want to read it.

It’s about dragons, he said. I said “No thanks.” According to Paddy, I hardly even read it.

Why Did Paddy Considine Say yes to House of Dragon after Denying Game of Thrones?

In House of the Dragon, Paddy will portray King Viserys Targaryen. He claims that his mother’s struggle with diabetes served as inspiration for the part.

Viserys was, if anything, modeled after my mother. For a long time, she was the most influential lady I knew. Until she failed to take care of herself,” he remarked. “My mother had diabetes by the time she passed away. My mom was the best. But she became accustomed to being unwell. It was heartbreaking to witness that deterioration, and I gave Viserys that, along with her warmth and affection.

Considine lost out on the chance to be a part of one of the most popular television programs of all time as a result of that choice. He was sure not to do the same error when given a second chance to join the franchise. He leaped at the chance to appear in “House of the Dragon,” the forthcoming prequel, where he portrays King Viserys Targaryen.

Considine disclosed that his mother, who struggled with severe episodes of diabetes, served as the model for the role. His picture of a monarch towards the end of his dynasty was influenced by his experiences witnessing the demise of someone he respected while witnessing her preserve her good nature.

Viserys was, if anything, modeled after my mother. For a long time, she was the most influential lady I knew. Until she failed to take care of herself,” he remarked.

More About Game of Thrones Prequel House of Dragon

“My mother had diabetes by the time she passed away. My mom was the best. But she became accustomed to being unwell. It was heartbreaking to witness that deterioration, and I added her warmth and love to Viserys.

King Viserys was “selected by the lords of Westeros to succeed the Old King, Jaehaerys Targaryen, in the Great Council at Harrenhal,” according to HBO’s official description of the character.

Viserys is a kind, compassionate, and honest guy who merely wants to continue his grandfather’s legacy. However, as we have seen from “Game of Thrones,” nice men do not often make excellent leaders.

On August 21st, HBO will air the world premiere of “House of the Dragon.”